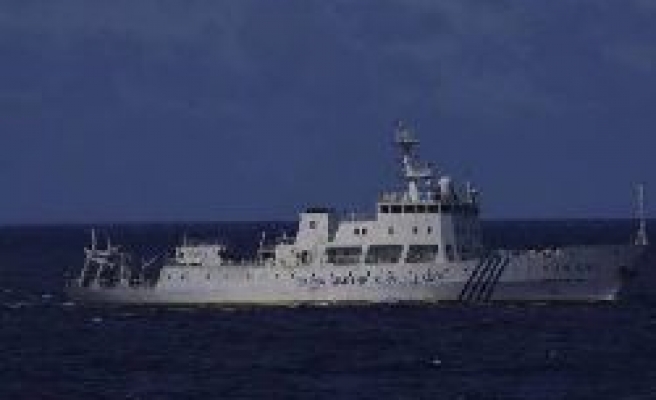 China called off planned talks with Japan over an undersea gas bed dispute and warned that worse repercussions may follow, state media said on Saturday, intensifying pressure in a rift between the two big neighbours.

The Chinese Foreign Ministry issued its vehement warning after a Japanese court on Friday authorised a 10-day extension in detaining a Chinese captain whose fishing boat collided with two Japanese coast guard ships in disputed seas this week.

The arrest of the captain and continued detention of 14 crew members has given an emotive focus for long-running territorial quarrels between Beijing and Tokyo over East China Sea islets, called Senkaku in Japan and Diaoyu in China.

Asia's two biggest economies are also at loggerheads over gas beds under another part of the sea.

Beijing postponed a round of talks with Tokyo intended to eventually settle their dispute over East China Sea gas fields, she said in a statement on the Chinese Foreign Ministry web site (www.mfa.gov.cn) late on Friday.

The talks had been set for mid-September.

Jiang warned that worse may follow but gave no details.

"Japan's actions have violated international law and rudimentary common sense in international matters. They are absurd, illegal and invalid.

"If Japan continues in this reckless fashion, it will taste its own bitter fruit," Jiang said.

A source in the Japanese prime minister's office said it was "regrettable that a postponement (of the talks) was announced unilaterally," the Kyodo news agency said.

Relations between Beijing and Tokyo have long been dogged by mutual distrust and Chinese bitterness over Japan's occupation of much of China before and during World War Two.

Chinese media have warned that public opinion could become riled by the arrest and Beijing's official stand appears partly intended to ward off accusations of weakness from angry citizens.

On Saturday morning, more police officers than usual guarded the Japanese embassy in Beijing, but there were no signs of protest preparations. China's ruling Communist Party is wary of any street protests and usally makes certain that any demonstrations aimed at Japan are small and tightly guarded.

Tokyo has also lodged protests with Beijing over the incident and Japan's government spokesman earlier urged calm. Japan has not said whether it plans to prosecute the captain or how long it intends to hold the crew members in detention.

Broader contention over the disputed seas could unsettle ties between Asia's two biggest economies. Since big public protests and bitter diplomatic exchanges sparked rows in 2005 and 2006, both sides have sought to improve ties.

Tokyo maintains that China's exploration for natural gas in the East China Sea threatens gas beds extending under what it deems Japan's maritime zone. China denies there is such a problem and disputes Japan's definition of the sea boundary.

In 2008, they agreed in principle to solve the dispute by jointly developing gas fields. Talks began in July on a treaty, but the postponement of the next round of talks will hold back prospects for progress in the dispute.