China demanded that Japan immediately release a boat captain whose detention in disputed waters has sparked a territorial rift. 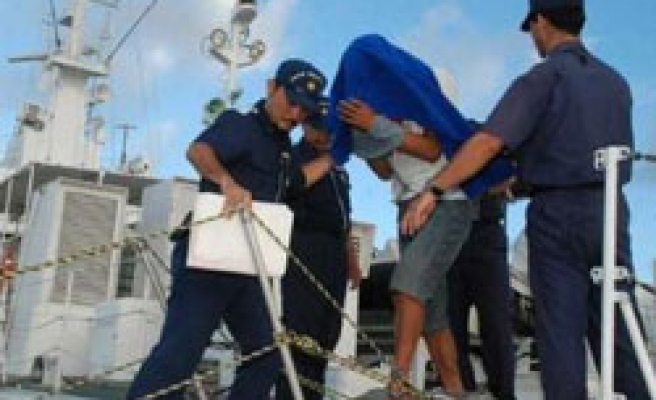 China demanded on Tuesday that Japan immediately release a boat captain whose detention in disputed waters has sparked a territorial rift, and blamed Japan for the last-minute postponement of an official visit to Tokyo.

The week-old row has given an emotive focus to a long-running dispute between Beijing and Tokyo over who owns a group of islets in the East China Sea, called Diaoyu in China and Senkaku in Japan, believed to be rich in oil and gas.

Chinese Foreign Ministry spokeswoman Jiang Yu urged Japan to drop any case it might be preparing against the fishing captain whose boat was in a collision with two Japanese coast guard ships. His 14 crew members were released on Monday and returned home on a charter flight to southern Fuzhou city.

"It is imperative that Japan should immediately stop the so-called legal proceedings and allow the captain to return at once, safely," Jiang told a regular news briefing.

The captain, Zhan Qixiong, is being held after a court approved extending his detention on Friday. Prosecutors can hold him for up to 20 days while deciding whether to take legal action.

China has already reacted strongly to Japan's seizure of the boat, dubbing it "absurd, illegal and invalid," warning wider relations could be at risk, and has now delayed an official visit to Japan.

"The responsibility for this lies with the Japanese side," Jiang said when asked why the planned trip by Li Jianguo, a vice chairman of the country's largely rubber stamp parliament, had been put on ice.

Japanese Chief Cabinet Secretary Yoshito Sengoku described the decision as "extremely regrettable." Japanese Foreign Minister Katsuya Okada said it was important for both sides to deal with the incident calmly.

"Unfortunately there seems to be a difference of opinion about the basic facts" of the collision, he said. "The captain was arrested for obstruction of duty. We believe our vessels' duty was obstructed by the Chinese fishing vessel and we plan to build a case on that basis."

Last week, Beijing also called off planned talks over an undersea gas dispute in another part of the East China Sea.

A commentary in the official China Daily called on Japan to apologise and compensate the Chinese fishermen.

"It is important that China use diplomatic channels to put pressure on Japan and send fishing law enforcement ships, if needed, to safeguard Chinese fishermen," wrote Jin Yongming, a legal expert at the Chinese Maritime Development Research Centre.

With potentially large oil and gas reserves near the islets, the territorial dispute will remain a stubborn sticking point between Asia's top two economies, which already face a slew of disputes stemming from Japan's invasion and brutal occupation of parts of China before and during World War Two.

Chinese estimates peg reserves in the contested area of the East China Sea at nearly 17.5 trillion cubic feet of natural gas and over 20 million barrels of oil, according to U.S. data.

If these numbers are accurate, the gas reserves equal around 20 percent of China's "proved" reserves, reserves that can be recovered given current techniques.

Japan on Tuesday made a group of activists claiming Taiwan sovereignty over the same disputed islets turn their boat around. Their return set off a protest in front of the de facto Japanese embassy in Taipei, where dozens lobbed fish and burnt flags.