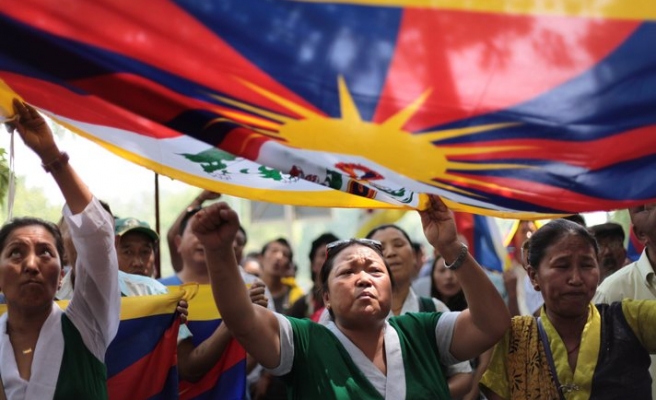 China will never recognise the United States' appointment of a special coordinator for Tibetan issues, China's foreign ministry said on Monday, saying it opposes any foreign intervention in its internal affairs.

President Barack Obama held low-key talks with the Dalai Lama on Friday, prompting condemnation and warnings from the Chinese government that the meeting with the exiled Tibetan spiritual leader would damage ties.

Washington urged the Chinese government on Friday to resume dialogue with the Dalai Lama or his representatives without pre-conditions as a means to reduce tensions.

To encourage those talks, U.S. Secretary of State John Kerry said on Friday he had named one of his officials, Sarah Sewall, as a special coordinator for Tibetan Issues.

"China has never and will never recognise the U.S.' so-called special envoy for the Tibet problem."

China calls the Dalai Lama, who fled to India after a failed uprising in 1959, a "wolf in sheep's clothing" who seeks to use violent methods to establish an independent Tibet.

The Dalai Lama says he only wants genuine autonomy for Tibet and denies advocating violence.

Human rights groups say China tramples on the rights of Tibetans and employs brutal methods to enforce its rule. More than 120 Tibetans have set themselves on fire since 2009 in protest against China. Most have died.

Communist Chinese troops took control of Tibet in 1950. China says it "peacefully liberated" the remote region that it says was mired in poverty, exploitation and economic stagnation.