Chinese police have detained a man who stabbed three children to death after going on the rampage at a kindergarten in the east of the country, media said. 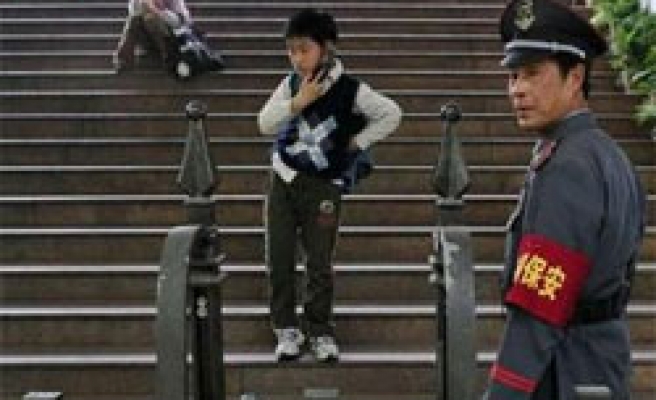 Chinese police have detained a man who stabbed three children to death after going on the rampage at a kindergarten in the east of the country, state media said on Wednesday, in a new outbreak of traumatic school violence.

Official news agency Xinhua said police detained Fang Jiantang, 26, within hours of the attack on Tuesday in Zibo in Shandong province, adding he had admitted his guilt.

Three other children and four teachers were wounded. Two of the teachers were in serious condition, it said in a brief English-language report, citing a government spokesman.

"Fang said he had used a 60-cm (two-foot) long knife in the attack and police had found the murder weapon," Xinhua said. "The motive of the attack was not immediately known."

While state media have previously reported on a string of assaults on schools earlier this year, authourities appear to be keeping this incident largely under wraps.

A nurse in the emergency ward of a hospital in Zibo in Shandong province confirmed the stabbings, though said she had been told to keep quiet about it.

"We can't say anything more about this. Our leaders have told us that only the government can say anything about this," the nurse told Reuters, declining to be identified.

Chinese officials often prevent domestic media from reporting similar incidents for fear of provoking copycats, or when they do not wish to distract from more positive news. Multiple calls to the Zibo government and police went unanswered.

The website (http://szbssy.ankang06.org) of the Experimental Kindergarten made no direct reference to any attack and calls to it went unanswered. But a comment on the kindergarten website on Tuesday appeared to obliquely mention it.

"We're so upset ... The worst thing that could have happened has happened by our very side ... The poor children!" said the comment.

More than 27 people have died and at least 80 have been injured in knife and cleaver attacks since March, mostly in schools, prompting worries about a social malaise as a consequence of China's rapid economic growth.