Satellite photographs have shown that Chinese reclamation work is advanced on six reefs in the Spratly archipelago. 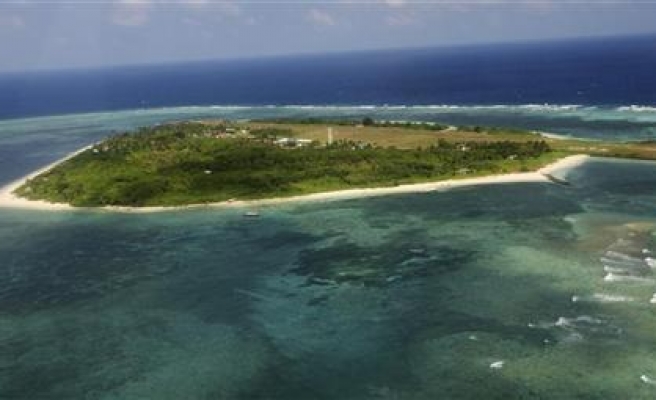 China is conducting "large scale" land reclamation and construction on a reef in the disputed Spratly Islands, state-backed media reported on Thursday, in an unusual acknowledgement of its controversial work in the region.

China claims most of the potentially energy-rich South China Sea, through which $5 trillion in ship-borne trade passes every year. The Philippines, Vietnam, Malaysia, Brunei and Taiwan also have overlapping claims.

All but Brunei have fortified bases in the Spratlys, which lie roughly 1,300 km (810 miles) from the Chinese mainland but much closer to the Southeast Asian claimants.

Satellite photographs have shown that Chinese reclamation work is advanced on six reefs in the Spratly archipelago.

Workers are building ports and fuel storage depots as well as possibly two airstrips as China works to project its military power into Southeast Asia.

China has rejected diplomatic protests by the Philippines and Vietnam and criticism from the United States over its reclamation on the reefs, saying it falls "within the scope of China's sovereignty".