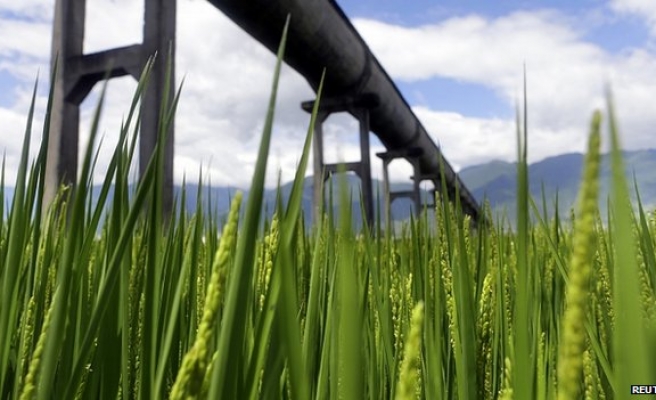 China's scarce water supply is being wasted as crops grown in water-stressed provinces are exported to wet, rainfall-rich areas, a study reports.

The limited resource of the 65% water coming under pressure from rapid urbanisation and industrialisation is used in farming.

Officials have called the nation's water shortage a "grave situation" and called for strict water controls.

The findings appear in the Proceedings of the National Academy of Sciences.

"China faces most of the major challenges to sustainable agriculture," wrote an international team of researchers.

"Because arable land is available mainly in the water-scarce north, irrigation has become widespread, covering 45% of the country's agricultural land and accounting for 65% of national water withdrawal.

According to figures from the United Nations, these products accounted for 93% of China's domestic food supply in 2005.

The volume of water used by different provinces to produce these crops and livestock, including the volume from rainwater and irrigation systems was assessed by the team - involving scientists from the US, Japan and China.