China finds no evidence of contamination in milk

China's health ministry said that it had found no evidence of contamination in milk powder after an investigation into reports. 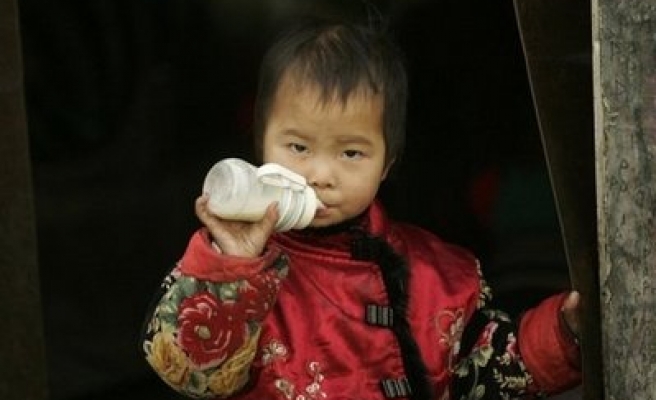 China's health ministry said on Sunday that it had found no evidence of contamination in milk powder after an investigation into reports that it had caused baby girls to show signs of premature sexual development.

The ministry tested products made by Chinese baby-formula maker Synutra International as well as 20 other brands across the country to compare the level of estrogen in dairy products.

The probe focused on three cases in Wuhan, a populous city in central China's Hubei province, as well as six cases in five other provinces.

"The Ministry of Health experts' group believes that there is no relationship between the premature development of breasts in the three infants in Hubei and Synutra milk powder," spokesman Deng Haihua told a news conference.

"There is no abnormal hormone content in the Synutra milk powder or other products tested in the market," he added.

The early appearance of breasts was a common clinical condition and there had been no notable rise across the country in premature development of breasts in children, Deng said.

Doctor Wu Xueyan added that the premature appearance of the breasts was likely due to the early onset of puberty.

"We suggest keeping an eye on these infants to see whether or not there are further developments," Wu said.

Shares of Synutra plunged as much as 35 percent earlier this week, but stabilised after the company denied the reports and said it was in the process of taking legal action to protect its brand.

Even though the ministry says it found no tainting, the concerns about exposure to dubious milk products have underscored the persistence of safety problems that have alarmed consumers, undermined China's global image and sparked criminal cases.

Two years ago, China was plagued with a melamine scandal when at least six children died and nearly 300,000 became ill from drinking powdered milk laced with melamine, an industrial compound added to fool inspectors by giving misleadingly high results in protein tests.

More recently, in July, Chinese authorities seized 64 tonnes of milk powder and products laced with the same deadly toxic additive that sparked the uproar in 2008.