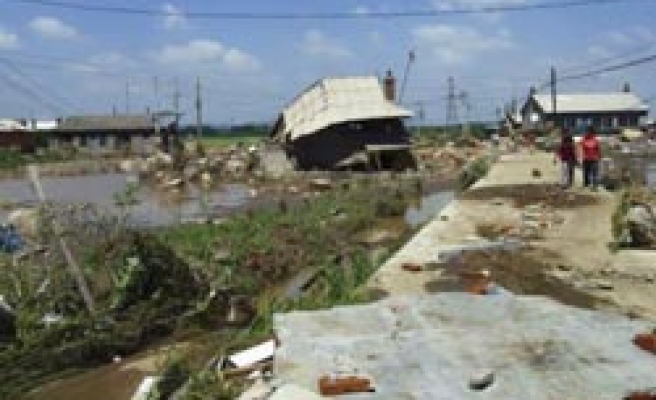 Officials in Tonghua, about 50 km (30 miles) from the North Korean border, could not say when water would be restored and were supplying residents with bottled water and food.

Jilin province is the latest region to suffer from torrential rains that have racked many parts of China. More than 100 people have been reported dead or missing in the province due to floods and landslides over the past few days.

Last week, water supplies were temporarily cut in Jilin, a city of about 4.5 million people located 250 km (160 miles) to the north, after a flood washed thousands of barrels of chemicals from a factory into the area's main river.

On Sunday, officials were still fishing some of the barrels from the Songhua River, and water tests detected the presence of the chemical trimethlchlorosilicane downriver in neighboring Heilongjiang province, the China Daily newspaper reported.

But the paper cited Li Ping, director of the provincial environmental protection agency, as saying drinking water supplies from the river were still within a normal range.

Separately, Xinhua reported on Monday that rescue efforts were still under way to find 24 miners who had been trapped for two days in a flooded colliery in Heilongjiang province.