Flooding in N.China has washed more than 1,000 barrels containing explosive chemicals into a major river, state media said on Wednesday. 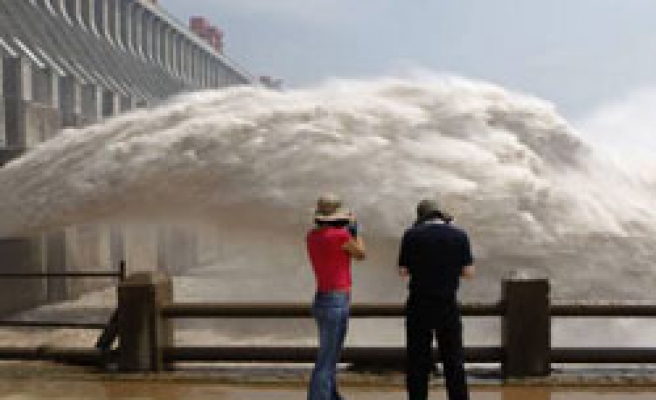 Flooding in northeastern China has washed more than 1,000 barrels containing explosive chemicals into a major river, state media said on Wednesday, as the death toll from flooding nationally this year neared 1,000.

The incident happened along the flood-swollen Songhua River in Jilin city in Jilin province in the late morning, the official Xinhua news agency said.

Residents contacted by telephone said water supplies had been cut off for a time in parts of the city, but were starting to return to normal.

"Emergency workers have been trying to recover the containers and local environmental protection authorities were closely monitoring the water quality of the river," the report said.

China periodically faces spills into rivers that result in water supplies being cut off, most seriously in 2005 when an explosion at an industrial plant sent toxic chemicals streaming into the Songhua River further upstream, in Harbin.

The incident forced the shut-down of water supplies to nearly 4 million people.

Rains so far this year across large swathes of central and southern China have killed 928 people and left 477 missing, causing around 176.5 billion yuan ($26.04 billion) in damage, Xinhua said.

A total of 875,000 homes have collapsed, 9.61 million people have been evacuated and 8.76 million hectares of crops ruined, it added.

Northeastern China has also been lashed by torrential rains over the past few days. ($1=6.778 Yuan)