China has forced the imams of Xinjiang to dance in the street, and swear to an oath that they will not teach religion to children as well telling them that prayer is harmful to the soul. 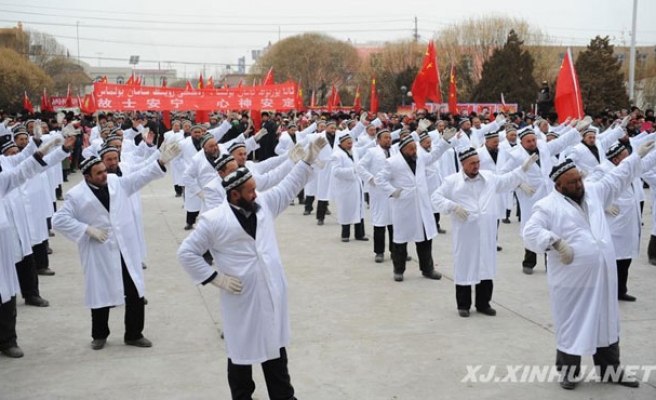 In China, imams are being forced to dans, at the same time being made to make an oath to keep children away from religion - public servants are forced to brandish the slogan that "our income comes from the CKP not from Allah".

The imams of the mosques in the Xinjiang (East Turkestan) have been forerced to gather in a square dancing en masse. State Chinese news have said that in the name of "civilization" the imams have been forced to dance in the town square. At the same time they were forced to chant out slogans such as 'peace of the country gives peace to the soul". Many of the imams were forcibly given Chinese flags - the same demonstration also included university students.