The activists were freed a day after the 25th anniversary of the bloody crackdown, two of their peers remained in custody. 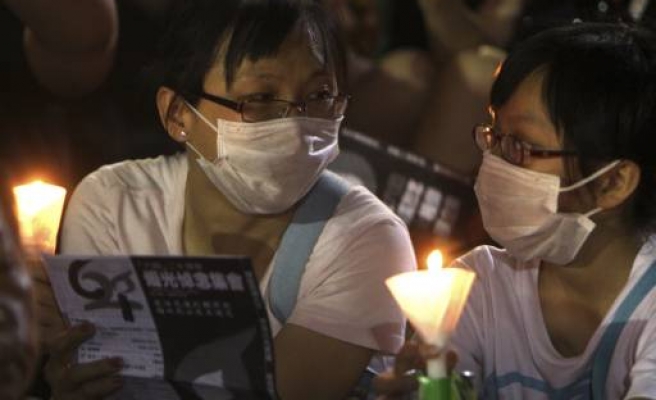 China released on Thursday three activists who had been detained for a month for attending a meeting to commemorate the military suppression of pro-democracy protests in Tiananmen Square in 1989, their lawyers said.

The activists were freed a day after the 25th anniversary of the bloody crackdown, marked by tens of thousands of people in Hong Kong, even as Chinese authorities sought to whitewash the event in the mainland.

Two of their peers remained in custody.

For the ruling Communist Party, the 1989 demonstrations that clogged Tiananmen Square in Beijing and spread to other cities remain taboo. The government has never released a death toll for the crackdown, but estimates from human rights groups and witnesses range from several hundred to several thousand.

Liu Di and Hu Shigen, both dissident writers, and Xu Youyu, a research fellow with the Chinese Academy of Social Sciences, a government think tank, were released on bail, their lawyers and a relative said.

All three had been detained for "causing a disturbance" in conncection with the meeting held in a private apartment.

The activists' lawyers said the charge lacked evidence. Under China's bail terms, they could still be indicted, but that prospect seemed unlikely, said Shang Baojun, a lawyer for Xu.

"It goes without saying that he should have been let out," Shang said. "Arresting someone for holding a meeting at home, this is too ridiculous. Prosecuting them for this will be even more outrageous."

The activists had been detained on May 6 after they attended the meeting to mark the 25th anniversary of the crushing of protests around Tiananmen Square. A photograph of the gathering had circulated on the Internet.

It was the first time authorities had charged anyone for commemorating the crackdown in a home, activists said, showing China's resolve to snuff out any mention of an event that riveted the world and convulsed the ruling Communist Party.

Liu, a blogger who became a symbol for free speech when she was detained in 2002 for criticising the government, refused to admit guilt, said Ma Gangquan, her lawyer. Ma said Liu should have been released because she had no role in organising the meeting or taking the photograph distributed on the Internet.

"At the forum, Liu Di's speech had nothing to do with the June 4 issue," Ma said, adding that she had advocated non-violence to bring about change.

Hu, who had spent 16 years in prison after he planned June 4 memorial activities in 1992, was released on bail, according to his lawyer, Liang Xiaojun.

Pu Zhiqiang, the best known activist and a leading rights lawyer, and Hao Jian, who teaches at the Beijing Film Academy, remained in custody. Hao had hosted the forum at his home.

Under Chinese law, the activists could be held for up to 37 days and then either formally arrested or released. If convicted of "causing a disturbance", they face up to five years in prison.

The anniversary prompted several countries to express concern about rights abuses. Beijing rejected Washington's call for it to account for those killed in the protests.

"The U.S. statement on that incident shows a total disregard of fact," Hong said. "It blames the Chinese government for no reason."

Chinese leaders have defended the use of the army to quell the protests and said they had chosen the correct path for the sake of the people.

Japan used the date to urge China to respect human rights and the rule of law. But Hong said Tokyo had no right to criticise China, given its wartime aggression on Chinese soil.

"Japan's militarists in the recent period carried out serious crimes against humanity in Asia, including China, but so far Japan's leaders still cannot face up to history and reflect on their history of invasion," Hong told a news briefing.