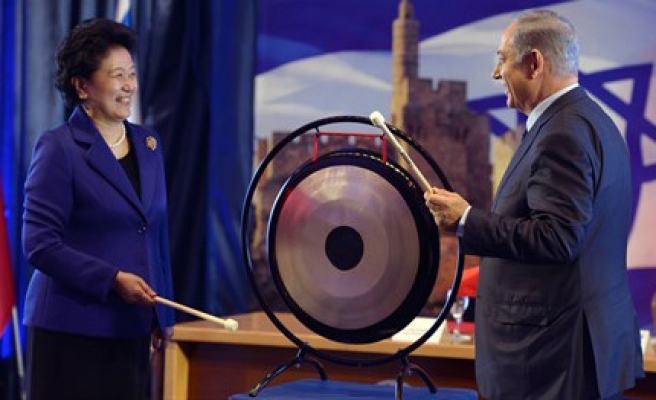 Israel and China have opened talks on a free trade deal which could see commerce double between the two countries, Israeli officials announced on Tuesday.

"This is a momentous development and we are ready to do so right away."

A statement from Netanyahu's office quoted Liu as saying the two countries are headed towards "big mutual projects."

China is Israel's third-largest economic partner, Netanyahu said, with annual trade of over $8 billion a year.

His office said it expected trade to double if the agreement with the world's second-largest economy is ratified.

It said the deal would include technological cooperation, as well as lowering trade barriers between the countries.

During the meeting in Jerusalem, 13 other agreements were signed on a range of topics.

"We have so much that we can do together," Netanyahu added.