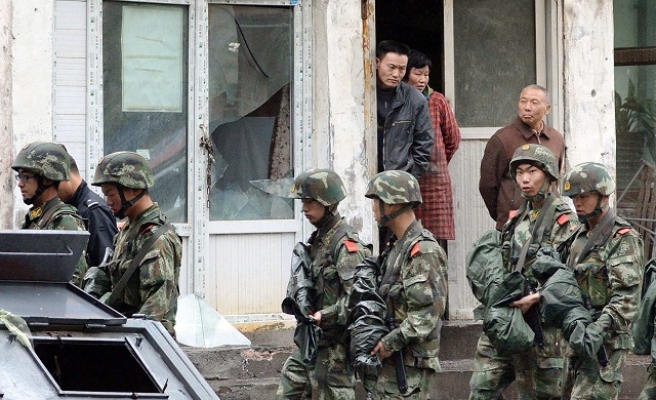 Courts in at least five cities in the western region jailed the suspects for several crimes including "organising terrorist groups," and "illegal border crossing", the official Xinhua news agency said.

Names given for some of the suspects suggested they were Uighurs, whose homeland is in China-occupied East Turkestan.

The region is often hit by unrest and China has launched a harsh police crackdown on "terrorists" it says are behind the violence and seek independence for the region.

Many Uighurs complain of discrimination -- including denials of passport applications -- as well as controls on their culture and religion.

A growing number have reportedly attempted to escape China in recent years by crossing borders without documentation, sometimes paying people-traffickers.

Two were jailed for life, while 43 others received sentences of between four and 15 years.

Dilxat Raxit, a spokesman for exile group the World Uyghur Congress said in a statement: "China's repressive policies cause Uighurs to leave the country to seek safety.

"Harsh punishments are a way of avoiding taking political responsibility."

Thailand last month deported about 100 Uighur asylum seekers back to China, after sending more than 170 Uighur women and children to Turkey in late June.

The repatriation was condemned by the UN's refugee agency, which said they were at risk of torture or other inhumane treatment.