A Chinese court in Muslim region has given a Uighur journalist and website manager 15 years in jail by speaking to foreign journalists about July protests. 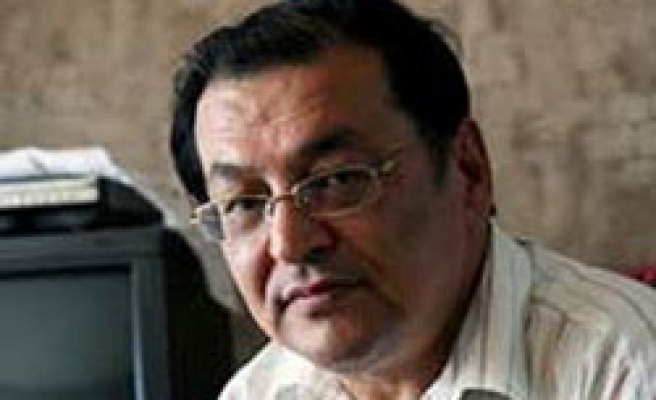 A Chinese court in Muslim region has given a Uighur journalist and website manager 15 years in jail for "endangering state security" by speaking to foreign journalists about July protests, his employer said on Friday.

Uighurbiz.net, where Gheyret Niyaz worked as an administrator, posted a notice saying he had been sentenced at a hearing on Friday, quoting his wife who was in the court.

"Gheyret Niyaz admitted in court that he accepted interviews from foreign media, but insisted that he had no malicious intentions and was only doing what a citizen, or reporter, should do," his wife Reshalaiti was quoted as saying.

Clashes over the summer between Han Chinese and Muslim Uighur residents in Urumqi left up to 200 people dead, according to Chinese government figures. However, Uighur exile groups said up to 800 people died, many of them Uighurs shot or beaten to death by police.

Niyaz has a right to appeal under Chinese law, the statement added, without saying whether he would exercise that right.

The Xinjiang government declined comment when contacted by telephone from Beijing.

The sentence is unusually long for someone who has a low international profile and apparently did not face charges of "separatism or violent extremism".

When well-known dissident Liu Xiaobo was given an 11-year sentence for subversion last Christmas Day, rights groups roundly condemned that as harsh.

Gheyret Niyaz was one of a number of Uighur journalists, webmasters and bloggers detained after ethnic unrest in energy-rich Muslim region in July 2009, according to the Uyghur American Association.

Niyaz, who also worked as a journalist for the Xinjiang Economic Daily, was regarded as broadly supportive of Chinese government policy by overseas Uighurs, who were surprised by his detention, the Uyghur American Association said.

But he criticised economic inequalities and parts of a campaign against "separatism".

"Though this is an individual case, the sentence shows that any Uighur can be threatened for talking about the situation in Xinjiang with a reporter," Dilxat Raxit, a spokesman for the exiled World Uyghur Congress, said by telephone.

Uighurs say bloggers and website managers were a particular target during a wider crackdown that has also upset some Chinese on the other side of the ethnic divide.

"As an ordinary Han person, I think that Gheyret was not guilty and the accusation was totally unreasonable. Maybe what he did wasn't exactly great, but it was totally in line with what a responsible citizen should do," said the only comment after the report on Uighurbiz.net.

China convicted 21 defendants in last October -- nine were sentenced to death, three were given the death penalty with a two-year reprieve, a sentence usually commuted to life in jail, and the rest were given various prison terms.