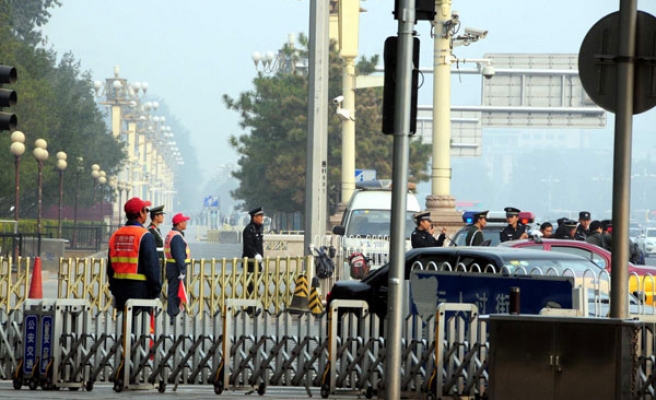 China has lodged a diplomatic protest over U.S. remarks on the 25th anniversary of the brutal Tiananmen Square crackdown, issuing a sterner rejection of Washington's call for it to account for those killed in pro-democracy protests.

Tens of thousands of people held a candlelight vigil in Hong Kong on Wednesday to mark the anniversary of the crackdown, while mainland China authorities sought to whitewash the 1989 event.

The White House had honoured those who gave their lives in the action to crush the protests and said in a statement it would always speak out in support of the fundamental rights that the protesters sought.

Foreign Ministry spokesman Hong Lei said China was "strongly dissatisfied" and "firmly opposed" to the U.S. statement, the official Xinhua news agency said in an English-language report late on Wednesday, adding that it had "lodged solemn representations" with Washington.

"The U.S. statement on that incident shows a total disregard of fact," Hong said. "It blames the Chinese government for no reason, gravely interferes in China's internal affairs and violates the basic norms guiding international relations."

Hong's comments marked an intensification of an earlier response to the White House statement, which urged Washington to respect China's judicial sovereignty and not interfere in its internal affairs.

For the ruling Communist Party, the 1989 demonstrations that clogged Tiananmen Square in Beijing and spread to other cities remain taboo. The government has never released a death toll for the crackdown, but estimates from human rights groups and witnesses range from several hundred to several thousand.

Chinese leaders have defended the use of the army to quell the protests and said they had chosen the correct path for the sake of the people. China had stepped up its detention of rights advocates before the anniversary and was incensed by an outpouring of criticism from governments and rights groups.

Japan used the date to urge China to respect human rights and the rule of law, but on Thursday Hong lashed out at Tokyo, saying it had no right to criticise China, given its record of wartime aggression on Chinese soil.

"Japan's militarists in the recent period carried out serious crimes against humanity in Asia, including China, but so far Japan's leaders still cannot face up to history and reflect on their history of invasion," Hong told reporters at a regular news briefing.

"How can this kind of country have any right to talk about human rights?" he said.

Amnesty International said two of its employees were assaulted by Chinese officials on Wednesday after they tried to lay flowers on the steps of China's embassy in London to commemorate the anniversary.

A video from the BBC posted to Amnesty's website showed an official shoving UK Director Kate Allen and Wang Ti-Anna, the daughter of an imprisoned Chinese dissident, into a crowd and hurling a bouquet of roses off the steps.