China aims to cut back the number of crimes that carry the death penalty, the official China Daily reported. 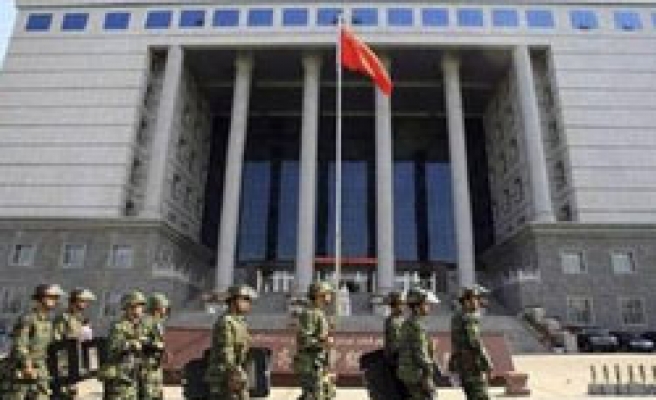 China aims to cut back the number of crimes that carry the death penalty, and may also end executions of convicted criminals over 70 years old, the official China Daily reported.

A draft revision of the country's Criminal Law, which would limit use of capital punishment, will be submitted to the standing committee of China's rubber-stamp parliament in late August, the paper reported at the weekend, citing a source from the legislature.

The change would be the first reduction in the number of crimes carrying the death penalty since the law was enacted in 1979, the Southern Weekend paper said in an earlier report on the potential change.

Rights groups regularly criticise China for its high execution rate, secrecy about its use of the punishment, and range of crimes which carry the death penalty.

Amnesty International said in a report issued in March that it estimates China executed thousands of people last year, more than the rest of the world combined.

Capital punishment currently applies to 68 offences, of which 44 are not violent, the China Daily said.

Technically it can be handed down for corruption cases where defendants have taken a bribe of 100,000 yuan ($14,750) or more, the paper said, although in practice it is used only in cases involving much larger sums.

But the lack of applicable guidelines means there is unfair variation in sentencing, the paper quoted a constitutional studies expert at Shanghai's Jiaotong University as saying.

"Someone could be sentenced to death for an amount that is far less than in a case where the suspect is sentenced to life in prison," Tong Zhiwei said.

In January 2007, the Supreme People's Court regained the power of final approval of death penalties, devolved to provincial high courts in the 1980s, and it promised to apply the ultimate punishment more carefully.

In February the court urged China's judges to limit the use of death penalty to those convicted of the most serious crimes, under a policy of "justice tempered with mercy".

The rules also call for courts to offer reprieves where allowed by law. When Chinese courts mete out death sentences with a reprieve, they are usually commuted later to life in jail.

These account for around 10 percent of all death sentences handed down, the China Daily said.

But execution for white collar crimes is unlikely to end.

"It is not practical to abolish execution for all 44, as corruption is widely seen in China and brings severe social impact", said Liu Renwen, a researcher at the institute of law under the Chinese Academy of Social Sciences.

"A limit should be set," he told the paper.

The high rate of executions was thrown into the international spotlight at the end of last year when a British citizen caught smuggling heroin was put to death, despite pleas for clemency from Britain and his family, who said he was mentally unsound. ($1=6.780 Yuan)