China's military told the United States this week not to support Japan, nor let it do as it pleased, over a group of disputed islands 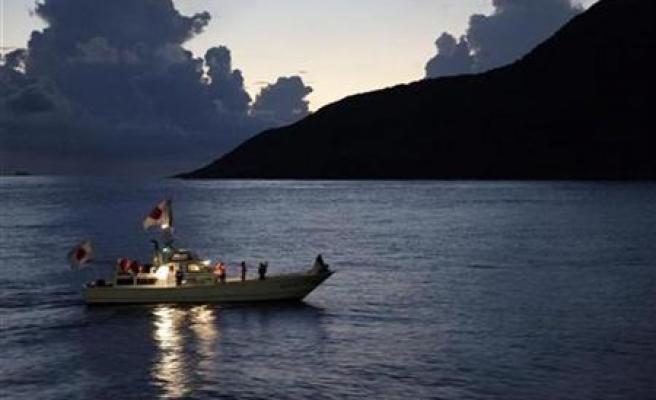 China's military told the United States this week not to support Japan, nor let it do as it pleased, over a group of disputed islands in the East China Sea, the Chinese Defence Ministry said on Friday.

Ties between the world's second- and third-biggest economies have been strained over the uninhabited islands, controlled by Japan but claimed by both countries. The isles are known as the Senkaku in Japan and the Diaoyu in China.

A year ago on Wednesday, the Japanese government bought three of the islands from a private owner, inflaming anger, and setting off big anti-Japan protests, in China.

Aircraft and ships from the two countries have played cat-and-mouse in the vicinity of the islands ever since, raising fears of conflict, perhaps sparked by an accident.

Wang Guanzhong, Deputy Chief of General Staff of China's People's Liberation Army, said during scheduled talks with U.S. counterparts in Beijing that China was determined to defend its territory, but had all along exercised restraint.

"The United States should maintain a consistent stance and policy, not send wrong signals nor support and connive with the relevant country to do as they please," Wang added.

He said China hoped the United States would handle the issue appropriately to ensure it did not affect mutual strategic trust.

The ministry cited Miller as saying in response that the United States did not take a position on the sovereignty issue, called for all sides to exercise restraint and supported China to use diplomatic means to resolve the matter.

China has long harboured suspicions about U.S. interest in the dispute as the U.S.-Japan security treaty commits the United States to intervene in defence of Japan if there is an attack on Japanese-administered territory.

The United States also has a hefty military presence in Japan, including on the southern island of Okinawa, which is close to the disputed islands.