China observed a national day of mourning for the victims of last weekend's massive landslide in a remote part of its northwest, which killed more than 1,200 people. 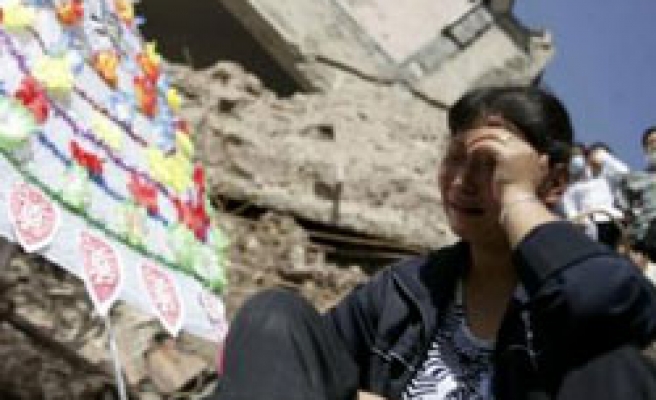 China observed a national day of mourning on Sunday for the victims of last weekend's massive landslide in a remote part of its northwest, which killed more than 1,200 people when a torrent of mud swept through a town.

Flags across the country flew at half mast, all public forms of entertainment have been suspended and front pages of the country's main websites removed all colour from their pages.

The day began with thousands of people gathering in Beijing's central Tiananmen Square, with the sombre atmosphere punctuated by shouts of "Come on Zhouqu! Come on China!", in images shown on state television.

Zhouqu in the northwestern province of Gansu was devastated when an avalanche of mud roared down the slopes of a mountain last weekend after unusually strong rain. The death toll has now risen to 1,239, with another 505 missing.

Communist Party mouthpiece the People's Daily said such a large public expression of grief would show the country's determination to get over the disaster.

Officials had warned for years that heavy tree-felling and rapid hydro development were making the mountain area struck by the mudslide vulnerable to flooding and land slips.

Heavy rains have continued to batter Gansu. At least 33 people have died in Zhouqu's neighbouring town of Longnan over the past few days, and thousands of people have been relocated, Xinhua said.