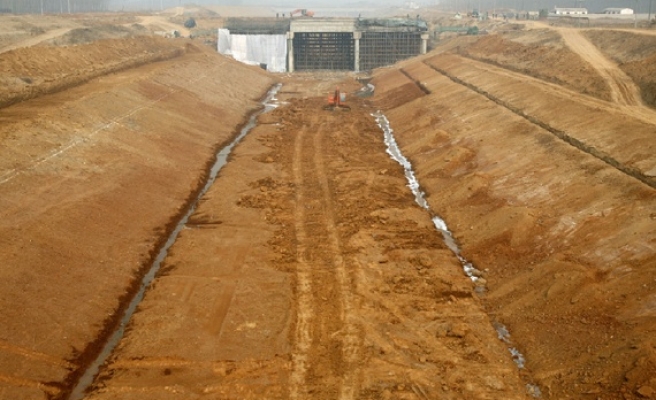 China on Friday opened a key section of a massive and ambitious plan to transport water from wetter central and southern parts of the country up to its arid north, including the capital Beijing, state media reported.

The $62 billion undertaking - dreamed up by former Communist Party leader Mao Zedong in the 1950s - is designed to supply China's parched and pollution-ridden north, home to more than 300 million people and countless water-intensive businesses.

It can supply on average 9.5 billion cubic meters of water annually for about 100 million people in places like Beijing, Tianjin and the nearby provinces of Henan and Hebei, Xinhua said.

Some provinces in northern China have less freshwater per person than the desert countries of the Middle East. Of the country's total, water-intensive industries such as clothing and electronics manufacturing consume a quarter - a share the think-tank 2030 Water Resources Group expects to grow to a third by 2030.

The first stage of China's south-to-north transfer brought water to the industry-heavy northeast, but it was barely useable when it reached Tianjin because it picked up pollutants and sediment while flowing north through polluted soil.

That has raised concerns about the latest phase - a decade in the making - bringing water via a different, less polluted route.

Some experts have also voiced concern that the project's extensive tapping of water from the Yangtze River and its tributaries may damage one of China's most important water ways.