Seven students were separated into two trials, one conducted for six defendants in Chinese and a second held in the Uighur language for a single student. 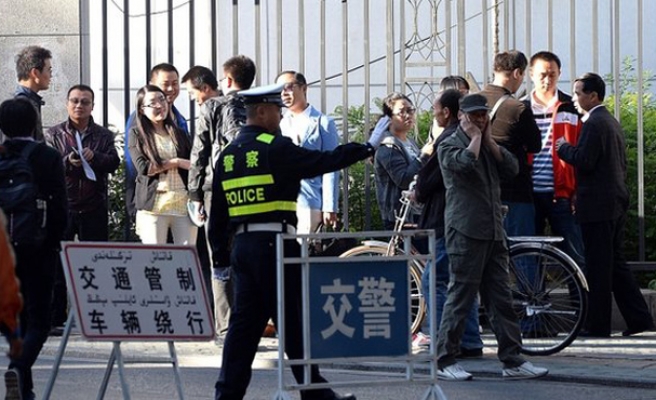 China opened separatism trials for seven students of jailed Uighur scholar Ilham Tohti on Tuesday, a human rights lawyer said, the latest developments in a legal drama in the Xinjiang region (East Turkestan) that has drawn criticism from the West.

Tohti, China's most prominent advocate for the rights of Muslim Uighurs, lost his appeal against a life sentence for separatism last week.

During his trial, he rejected the prosecution's evidence and said statements against him by student volunteers who had worked on a website he managed were made under pressure from authorities.

Li Fangping, the lawyer who defended Tohti, said seven students went on trial in Xinjiang's capital Urumqi on charges of "splitting the country".

"I heard from their lawyer that today the trial formally started," Li said, adding that he could not say who represented the students for fear of pressure from authorities on their families.

Li said the seven students were separated into two trials, one conducted for six defendants in Chinese and a second held in the Uighur language for a single student.

"Normally speaking they are looking at five to 15 years (in prison)," Li said, adding that it was unclear if the trial would finish in a single day.

The United States has called for the release of Tohti and his students. The Washington-based Uyghur American Association last week said it was concerned about the trials given an "atmosphere of retribution" in Xinjiang.

Many of Tohti's students have been detained since January. China has made no mention of the cases and has not provided names of the students who have gone on trial.

However, rights groups have identified a number of the students who have disappeared, including Mutellip Imin, who had helped Tohti translate articles and also chronicled online an earlier 79-day detention by authorities.

Tohti, who taught at Beijing's Minzu University, had repeatedly criticised the government for not giving Xinjiang and its Uighurs more autonomy. Prosecutors said Tohti had "bewitched and coerced young ethnic students" on the website he ran called Uighurbiz.net.

But the 45-year-old economics professor said he never associated with any terrorist organisation or foreign-based group and "relied only on pen and paper to diplomatically request" human rights and legal rights for Uighurs.