Police arrived at Uighur neighborhoods and checked people’s identification after knife-wielding assailants killed 29 people. No one has claimed responsibility for the attack, but Beijing was quick to blame Uighurs 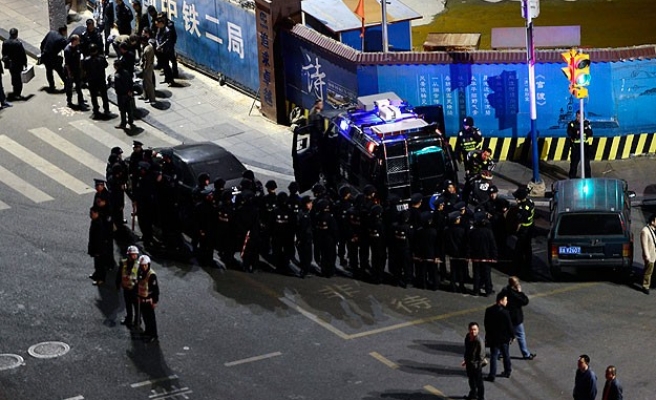 China has vowed to crack down on what it said were "extremist groups" who want to transform Xinjiang into an independent state called East Turkestan, but also sought to emphasise ethnic unity in the wake of what it described as a terrorist attack.

Xinjiang, in China's far west, is home to the Muslim Uighur people, many of whom chafe at Chinese restrictions on their culture and religion.

In Kunming, the capital of Yunnan province hundreds of miles southeast of Xinjiang, members of the small Uighur community spoken to by Reuters said the situation was tense.

"I alone have already been checked three times. The police point their guns at us. We don't know what really happened either," Uighur restaurant worker Aniwar Wuppur told Reuters.

Residents in Kunming's Dashuyin district, where many Uighurs live, said police came through the neighbourhood hours after the attack, rounding up dozens of people for questioning.

Several Uighur men said they were not physically harmed, but had been interrogated for hours.

One family from Xinjiang, grilling skewers of mutton over charcoal at a streetside stall, said police had stormed into their home, pointing guns at their faces.

"It's very tense now. You can feel it," said the 24-year-old man running the stall, who declined to be named. "Even though people don't say or do anything, they're staring at us all the time."

Saturday's violence was the first major attack blamed on people from Xinjiang so far from the region since an incident in Beijing's Tiananmen Square in October. No one has claimed responsibility for the attacks, but Beijing was quick to blame Uighurs in both cases.

Before these two incidents, violence had largely been confined to Xinjiang, a region that borders ex-Soviet Central Asia, Afghanistan, Pakistan and India, where more than 100 people have been killed in the past year.

With the brutal imagery of slashed victims circulated on the Internet, high death toll and geographic separation from Xinjiang, the Kunming attack will provide a ready example for Chinese leaders who stress the growing threat they say China faces.

Chinese state television said that a female suspect was wounded and captured in the attack and that another woman was among suspects being sought. Four attackers were shot dead.

"SEND THEM ALL BACK"

Zhu Weiqun, chairman of the ethnic and religious affairs committee of the top advisory body to parliament, which meets this week in Beijing, told the website of the Communist Party mouthpiece, the People's Daily, that such violence should not be linked to specific ethnic groups.

"If we end up taking our anger about this incident out on a particular ethnic group and equate one ethnic group with violent terrorism then that is completely incorrect, this is exactly what the separatists want," Zhu said.

There have been no signs of reprisals against Uighurs in Kunming, but some Han Chinese residents voiced their anger.

"They should just send them all back, and not let them come to Kunming anymore," said Yang Jing at her sewing shop across the street from a Uighur restaurant. "They're hateful. Even their small children steal things and fight, and the adults are even worse."

Others said the attack had left a psychological scar.

"You can't blame all Xinjiang people for this," said Li Baochang, passing through the Dashuyin district. "But suspicions are growing and sometimes, even if we don't want to, the feelings in our hearts have changed."