Modi asserted at the weekend that the disputed territory of Arunachal Pradesh was an integral part of India. 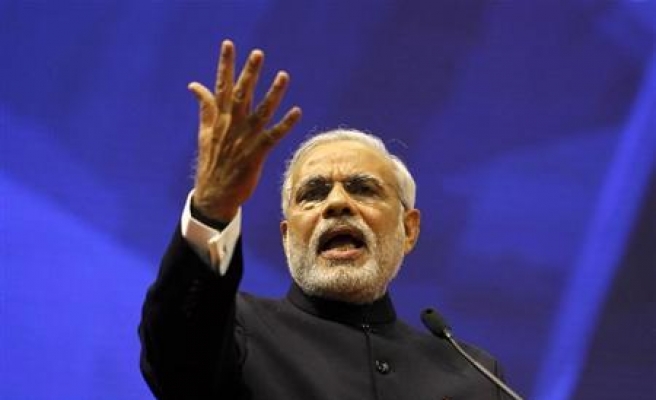 China's Foreign Ministry sought to play down on Monday remarks by Narendra Modi, after the frontrunner to become India's next prime minister asserted at the weekend that the disputed territory of Arunachal Pradesh was an integral part of India.

India and China fought a brief border war in 1962 over the region at the eastern end of the Himalayas. The nuclear-armed neighbours signed a pact in October to ensure that differences on their shared border do not spark a confrontation.

India regularly holds elections in Arunachal Pradesh, which has been administered as part of the Indian state for decades. China questions India's claim to the territory and calls it South Tibet.

Chinese Foreign Ministry spokeswoman Hua Chunying, asked about Modi's comments, said that China was dedicated to promoting friendly relations with its neighbours and to resolving disputes through talks.

"The China-India border issue is one that has been left over from history. That being said, it is quite a complex and sensitive problem. It cannot be resolved by one or two rounds of talks," she told a daily news briefing.

"What is important is that China and India have both expressed many times their determination and desire to peacefully resolve the dispute through talks, dialogue and consultation," she added.

Before a final resolution is reached, both sides should work hard to maintain peace and tranquillity on the border, Hua said.

"The fact that there have been no shots fired in so many years really shows that both sides have the desire and ability to maintain peace and stability on the border."

Modi's Bharatiya Janata Party is expected to win more seats in the lower house of parliament than any other party at a national election due by May, giving the Hindu nationalist leader a chance of to become prime minister.

President Pranab Mukherjee described Arunachal Pradesh as an integral part of the country on a visit last November, sparking a heated exchange. China urged India not to aggravate problems on their shared border.

The two Asian giants have a complicated relationship marked by both booming economic ties and growing distrust.

Last May, the two armies were locked in a three-week standoff in the western Himalayas after Chinese troops set up a camp at least 10 km (6 miles) inside territory claimed by India, triggering a public outcry and calls that India should stand up to its powerful neighbour.