China considers Taiwan a renegade province and has never ruled out the use of force to bring it under its control. 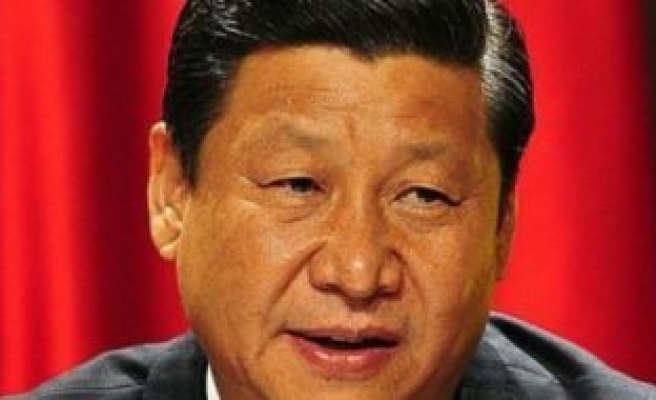 Chinese President Xi Jinping told a senior envoy from self-ruled Taiwan on Sunday that a political solution to a standoff over sovereignty lasting more than six decades cannot be postponed forever, drawing a cool, non-committal response.

China and Taiwan have been ruled separately since Nationalist forces, defeated by the Communists, fled to the island at the end of the Chinese civil war in 1949. China considers Taiwan a renegade province and has never ruled out the use of force to bring it under its control.

While relations have improved dramatically since the China-friendly Ma Ying-jeou was elected Taiwan president in 2008, with a series of trade and tourism deals signed, there has been no progress towards political reconciliation or a lessening of military distrust.

Speaking on the Indonesian resort island of Bali ahead of the Asia Pacific Economic Cooperation (APEC) summit, Xi told Ma's envoy to the meeting, Vincent Siew, that political issues could not be put off forever.

"Increasing mutual political trust across the Taiwan Straits and jointly building up political foundations are crucial for ensuring the peaceful development of relations," the official Xinhua news agency paraphrased Xi as saying.

"Looking further ahead, the issue of political disagreements that exist between the two sides must reach a final resolution, step by step, and these issues cannot be passed on from generation to generation," Xi added.

"I have already said many times that (we are) willing to have equal consultations with Taiwan on cross-strait issues within the framework of the one-China (principle), and make reasonable and fair arrangements for this."

Beijing and Taipei agreed to their own interpretations of the "one China" principle, which includes Taiwan as part of China, in 1992.

However, Ma has signalled no urgency to have political talks with China, saying the time is not yet right, a view backed by Siew who said things had to move slowly.

"Both sides need greater understanding," Siew told reporters, adding he and Xi did not discuss the possibility of a Xi-Ma meeting. "If we can find a consensus, then we can slowly find a reasonable, rational plan to resolve things."

Despite China and Taiwan's close business and economic ties, U.S.-armed and backed Taiwan remains a potentially dangerous military flashpoint and a key priority for the ruling Communist Party, which is investing billions in defence modernisation.