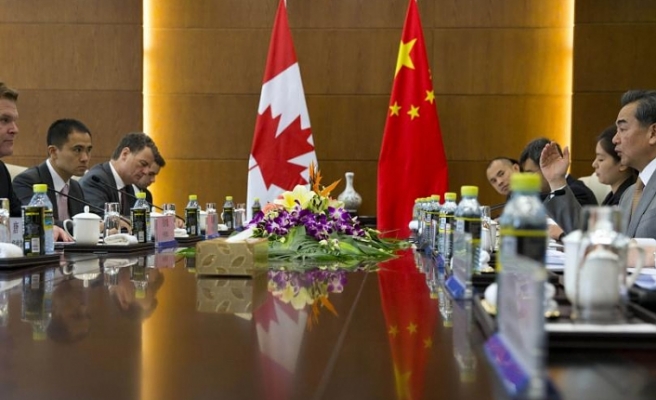 A second Canadian citizen is reportedly being investigated by China on suspicion of endangering national security, adding to tensions after Canada's arrest of a top Chinese telecom executive on a US request.

His disappearance emerged after former Canadian diplomat Michael Kovrig was detained by state security during a visit to Beijing -- also on Monday and under similar suspicions.

Kovrig's arrest was seen by experts as retaliation over Canada's arrest of Meng Wanzhou, the chief financial officer of Chinese telecom giant Huawei, at Washington's request on allegations related to breaking Iran sanctions

Based in Liaoning province, which borders North Korea, he has met with North Korean leader Kim Jong Un and famously arranged some of retired NBA star Dennis Rodman's visits there.

The Canadian government had earlier reported that Spavor was missing in China after being questioned.

The Beijing News daily has reported that Kovrig, who works for the International Crisis Group think tank, was under investigation on suspicion of "engaging in activities that endanger China's national security," -- a phrase often used in espionage cases.

Huawei's Meng was released on Can$10 million (US$7.5 million) bail by a court in Vancouver on Tuesday pending a US extradition hearing.

Her case has infuriated Beijing and shaken Canada's relations with China, which is itself embroiled in a trade war with the United States.