Analysts said China may have a better chance of succeeding in restarting the peace process than the United States, because of its close ties with Pakistan. 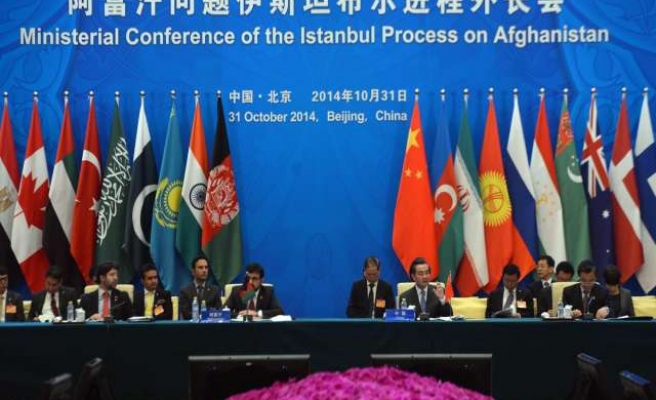 China has proposed setting up a forum to restart stalled peace talks between Afghanistan and Taliban, the latest sign Beijing wants more of a say in its troubled neighbour's affairs.

Documents seen by Reuters show that China put forward a proposal for a "peace and reconciliation forum" that Afghan officials said would gather representatives from Afghanistan, Pakistan, China and the Taliban command.

The Chinese plan, discussed at a recent meeting of nations taking part in the "Istanbul Process" on Afghanistan's future, comes as U.S.-led combat troops prepare to withdraw from Afghanistan after 13 years of war.

There is little to suggest so far that China will succeed where others have not, but its willingness to revive a bid to broker peace previously attempted by the United States indicates its role in Afghanistan is growing.

China's proposal has not yet been formally announced because Afghan President Ashraf Ghani wants more time to see whether the Taliban and Pakistan are willing to join in, according to his aides.

"This was a very, very important first step," said Daoud Sultanzoy, a former presidential candidate and now adviser to Ghani. "Once all the pieces are in place ... at a mature and opportune time there will be declarations."

China says it is not seeking to fill a void left by the U.S. year-end withdrawal, and it already has a footprint in Afghanistan with financial support for counter-narcotics training and agreements to exploit oil and copper reserves.

Washington will also continue to be a major donor to Afghanistan and thousands of soldiers are expected to remain there in training and counter-terrorism roles.

China and Afghanistan are linked only by a tiny and barely passable mountain corridor, but Beijing's bigger security worry is alleged "Uighur fighters."

Senior diplomats in Afghanistan said China's proposal took participants by surprise at a recent conference in Beijing attended by Ghani, who was making his first official trip overseas as leader.

One of the envoys sent Reuters a copy of the draft on condition of anonymity.

"From the Chinese side it is a very positive attitude and they would invite the Taliban to China if Afghanistan agreed to it," said an Afghan official who travelled with Ghani. "They are offering to take the role of facilitator."

Afghanistan blames much of its instability on Pakistan, accusing it of sheltering militants, and wants Islamabad to commit openly to a peace process.

Afghan officials say they want a more public show of support from Pakistan, and are hopeful that the involvement of China, a close ally of Islamabad, will help bring it.

"China was invited to play the pivotal role that it can because China has a lot at stake for its own stability. Also China has a tremendous amount of clout when it comes to Pakistan," Sultanzoy said.

The Chinese government did not respond to a request for comment. However, the Chinese ambassador to Afghanistan stressed support for a peace process at a seminar in Kabul this week, taking the opportunity to remind Ghani of his promises in Beijing to fight militants threatening China.

Pakistan said it was ready to work with Beijing and others, but wanted details of the process to be clarified.

A peace deal is seen as the Afghan government's best hope for survival after the U.S.-led combat mission that ousted the Taliban in 2001 ends, because its own forces will struggle to defend territory.

Analysts said China may have a better chance of succeeding in restarting the peace process than the United States, because of its close ties with Pakistan.

"There's no guarantee things will change, but it's certainly worth a try ... the relationship between China and Pakistan is much less tense than the U.S.-Pakistani relationship," said Thomas Ruttig of the Afghanistan Analysts Network.

A spokesman for the Taliban offered no comment for this article, saying the group's political leadership would need to discuss the matter first.