Modi's visit was "not conducive" to developing bilateral relations, said on a statement on the Chinese Foreign Ministry's website. 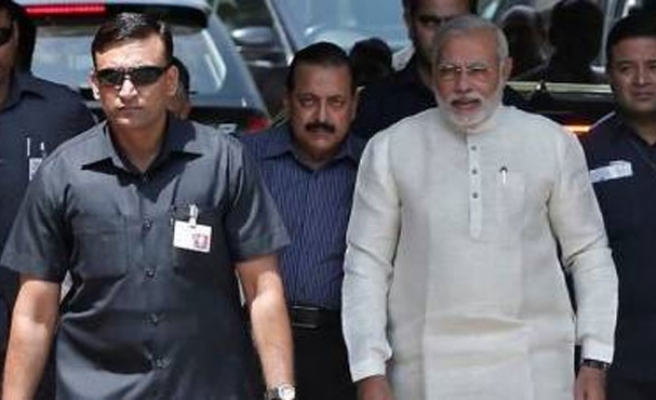 China has lodged an official protest against Indian Prime Minister Narendra Modi's visit to a border region claimed by both countries.

China disputes the entire territory of the northeast Indian state of Arunachal Pradesh, calling it south Tibet. Its historic town Tawang, a key site for Tibetan Buddhism, was briefly occupied by Chinese forces during a 1962 war.

"The Chinese government has never recognised the so-called 'Arunachal Pradesh'," a statement on the Chinese Foreign Ministry's website said on Friday, adding that Modi's visit was "not conducive" to developing bilateral relations.

"The Indian side's insistence on arranging activities by leaders in the disputed region infringes on China's territorial sovereignty and interests, magnifies the dispute on the border issue, and violates the consensus to appropriately handle the border issue," a separate ministry statement cited Liu as saying.

Modi visited Arunachal Pradesh on Friday to inaugurate the opening of a train line and power station. He did not mention China but pledged billions of dollars of investment to develop infrastructure in the region.

"I assure you that you will witness more development in the state in the next five years than it has seen in the last 28 years," Modi said, addressing a huge crowd.

Faster transport links and exploitation of Arunachal Pradesh's hydro-electric potential are the keys to fighting poverty and bringing about rapid development in the frontier state, he said.

In January, China objected to statements by Japan's Foreign Ministry supporting India's claim to the region.

A visit by U.S. President Barack Obama to India in January was widely seen as a sign Modi is moving closer to the United States, to offset rising Chinese influence in Asia and, in particular, intensifying activity by the Chinese navy in the Indian Ocean.