The Dalai Lama fled to India after a failed uprising in 1959, but is still deeply revered by many Tibetans in China. 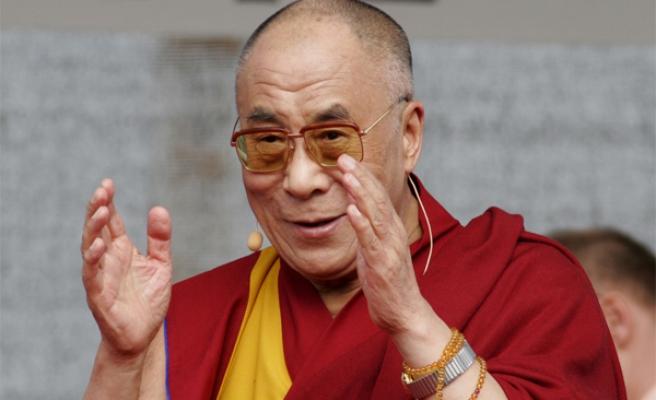 China has objected to the Dalai Lama meeting with Indian President Pranab Mukherjee earlier this month, saying the talks had negatively impacted ties between the Asian neighbours.

The Tibetan spiritual leader met with Mukherjee at the Indian presidential palace in New Delhi during a child welfare summit attended by Nobel laureates and world leaders on December 10-11.

"The Chinese side is firmly opposed to any form of contacts between officials of other countries with him (the Dalai Lama)," Chinese foreign ministry spokesman Geng Shuang told a regular media briefing Friday.

"We urge the Indian side to... fully respect China's core interest and major concerns, (and) take effective means to remove the negative impact caused by the incident, so as to avoid disturbance to the China-India relationship."

Beijing vigorously lobbies against foreign leaders meeting the Nobel Peace Prize laureate "in any form" and accuses him of seeking Tibetan independence through "spiritual terrorism".