China punishes the study of Islam outside the confines of tightly controlled state mosques and children are prohibited from attending madrassas, as well as state workers who are religious. 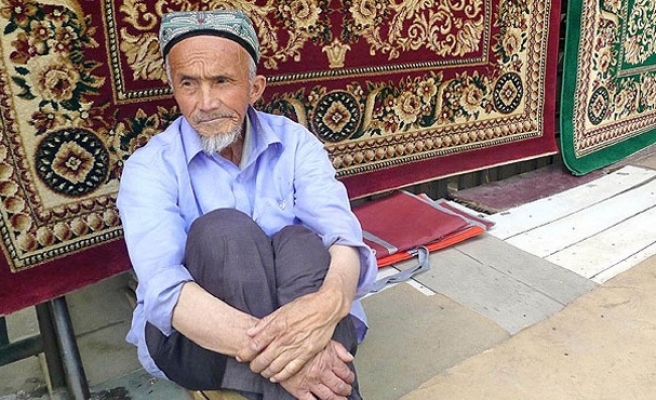 China has reprimanded 15 Xinjiang (East Turkestan) officials for violations that include adhering to religious faith, state media said on Tuesday, amid a crackdown on Muslim Uighur people in the western region.

East Turkestan, home to the Muslim Uighur people who speak a Turkic language, has been beset for years by violence that the Chinese government blames on "militants and separatists, but rights groups say stems from repression.

One official in the southern city of Kashgar had "worshipped openly", the official Xinhua news agency said.

"The punishment of expulsion from public office was handed to [the official] surnamed Mai who violated the clear regulation that state workers must not have religious faith," Xinhua said, citing the city's Uighur mayor, Ainiwaer Tuerxun. Mai had "remained devout and incorrigible, and had a poor attitude," the report added.

Tensions are running high in Xinjiang, after officials told Muslims to eschew religious customs during the fasting month of Ramadan, which rights groups saw as an bid to repress Uighurs.

Another official was punished, according to Xinhua, for having "ambiguous understanding and attitudes, sluggish action, and ineffective implementation toward counter-terrorism operations".

All of the officials were from Kashgar, an old Silk Road city with a largely Uighur population, though the abbreviated surnames given by Xinhua made their ethnicities unclear.

Exiled Uighur groups and human rights activists say the government's repressive policies in Xinjiang, including controls on Islam, have provoked unrest that killed hundreds in the past year and a half.

China punishes the study of Islam outside the confines of tightly controlled state mosques and children are prohibited from attending madrassas, prompting many parents who wish to provide a religious education to use underground schools.