The 1,800-km China-Pakistan railway is planned to also pass through Pakistan's capital of Islamabad and Karachi. 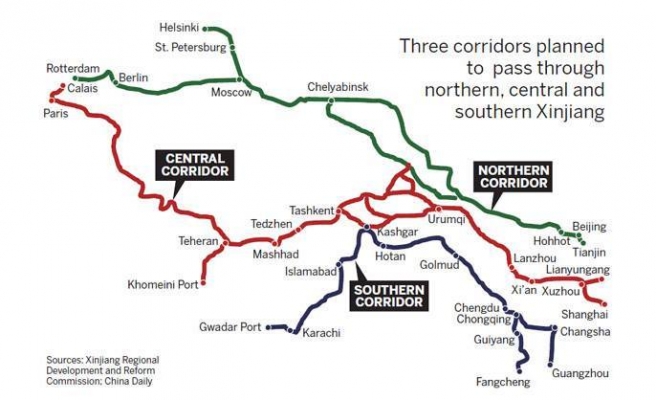 A research study regarding an international railway project linking Pakistan with China’s East Turkestan (Xinjiang) province through Azad Jammu and Kashmir has been commissioned by China, according to a Times of India and China Daily report.

"The 1,800-km China-Pakistan railway is planned to also pass through Pakistan's capital of Islamabad and Karachi," Zhang had said at the two-day International Seminar on the Silk Road Economic Belt being held in Urumqi, East Turkestan's capital.

Due to geo-strategic implications the project would be hard to proceed with because it is mandatory for the rail project to run through the Pamir Plateau and Karakoram Mountains.

Zhang stated that once the project was finished it would emerge as one of the most strategically beneficial transportation infrastructures on the China-Pakistan economic corridor.

"Although the cost of constructing the railway is expected to be high due to the hostile environment and complicated geographic conditions, the study of the project has already been started," he added.

President Xi Jinping was also in favour for trade routes connecting China, Central Asia and Europe to be built.

A multi-billion deal has already been signed to initiate work on an Economic Corridor linking Kashgar with the port city of Gwadar through AJK.

The project exhibits tremendous potential as it would enable China to run a port alongside Gulf of Oman which opens doors for them to access activities relating to oil tankers.

India however has objected to the project citing concerns that the said route would involve a disputed territory.