China's Ministry of Defence denied this in a one-sentence statement, Beijing's first public response to the report. 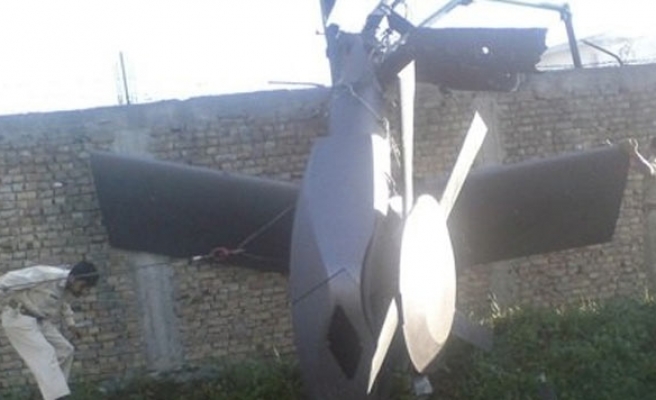 China on Tuesday dismissed a report that Pakistan gave it access to an advanced U.S. "stealth" helicopter that crashed during the raid that killed Osama bin Laden in May.

During the raid, one of two Blackhawk helicopters, believed to use advanced stealth technology -- crashed, forcing U.S. commandos to abandon it. The Financial Times reported on Sunday that Pakistani authorities gave China access to the wreckage, despite CIA requests to Islamabad to keep the wreckage under wraps.

China's Ministry of Defence denied this in a one-sentence statement, Beijing's first public response to the report.

"This report is totally unfounded and extremely absurd," said the statement on the ministry's website. (www.mod.gov.cn)

One U.S. official, speaking on condition of anonymity, earlier told Reuters there was reason to believe Pakistan had allowed the Chinese to inspect the aircraft. But the official could not confirm with certainty that this had happened.

The surviving tail section of the downed helicopter was returned to the United States after a trip by U.S. Senator John Kerry in May, a spokesman for the U.S. embassy told Reuters.

Pakistan's already tense relationship with the United States, its major donor, was badly bruised after U.S. forces killed bin Laden in May in Pakistan where he appears to have been in hiding for several years.

Meanwhile, China and Pakistan call each other "all-weather friends" and their close ties have been underpinned by long-standing wariness of their common neighbour, India, and a desire to hedge against U.S. influence across the region.