China pushed its demand for an apology from Japan for detaining a Chinese fishing trawler captain after Japan released the captain. 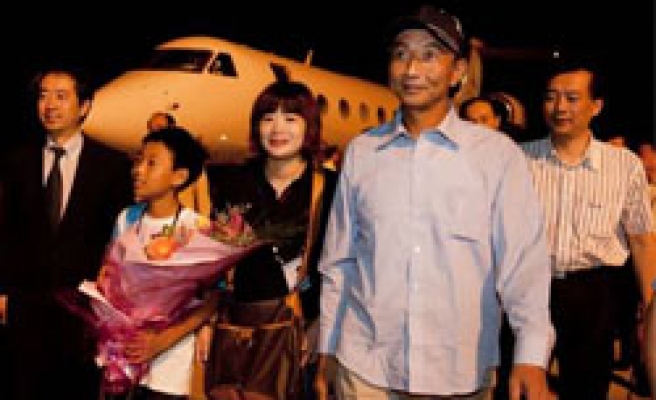 China pushed its demand for an apology from Japan for detaining a Chinese fishing trawler captain after Japan released the captain and said no apology was necessary.

Tokyo came under criticism from domestic media for "caving in" to Chinese pressure by releasing the captain after China detained four Japanese citizens, although Japanese officials have denied the linkage.

The four were detained on suspicion of violating the law regarding protection of Chinese military facilities, though the exact offence was not clear.

Fishing trawler captain Zhan Qixiong arrived back in China on Saturday after his boat collided with Japanese patrol ships on Sept 7 near disputed islets, known as the Diaoyu in Chinese and Senkaku in Japanese. His trawler and crew had earlier been released.

China demanded an apology and compensation, a request Japan said on Saturday was "groundless".

"Japan's actions have severely infringed upon China's territorial sovereignty and the personal rights and interests of a Chinese citizen, so of course China has the right to demand an apology and compensation from Japan," Chinese Foreign Ministry spokeswoman Jiang Yu said in remarks posted on the ministry's website late on Saturday.

Freed captain Zhan told China Central Television he was eager to return for more fishing near the islands.