Chinese rescuers scoured a remote valley in the nation's southwest for survivors on Thursday after a landslide levelled a village. 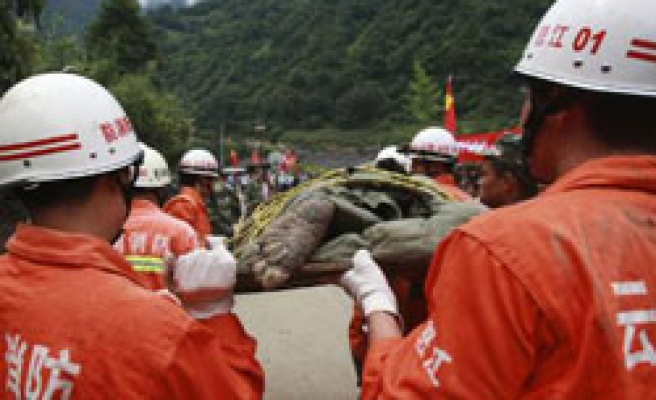 Chinese rescuers scoured a remote valley in the nation's southwest for survivors on Thursday after a landslide levelled a village, killing at least 14 people and leaving dozens missing.

The landslide in Puladi, a settlement in Yunnan province, was the latest of a succession of natural disasters to have struck China this summer after torrential downpours unleashed floods and dislodged hillsides.

In the worst landslide, at least 1,287 people died in Zhouqu, northwest Gansu, and more than 450 are missing, feared dead. Storms in neighbouring Longnan and in Sichuan province to the south killed dozens more.

Pictures from Puladi showed a swathe of the green valley covered in mud, with rescuers laying planks across the destruction to reach a stricken village of about 100 residents, some of them workers at a small iron mine.

"We heard a massive noise and knew it was a mudslide," one villager, Yu Lichun, told the China News Service. "We ran and there wasn't even time to get dressed ... we ran shouting and screaming."

"Even if people are found at the site, the chances of their surviving are very dim," the China News Service said, citing a rescuer.

Remote and muddy conditions made it difficult for rescuers to find dozens of missing people -- at least some of whom may have been able to flee an avalanche of mud and rocks some 300 metres (yards) across that hit early on Wednesday.