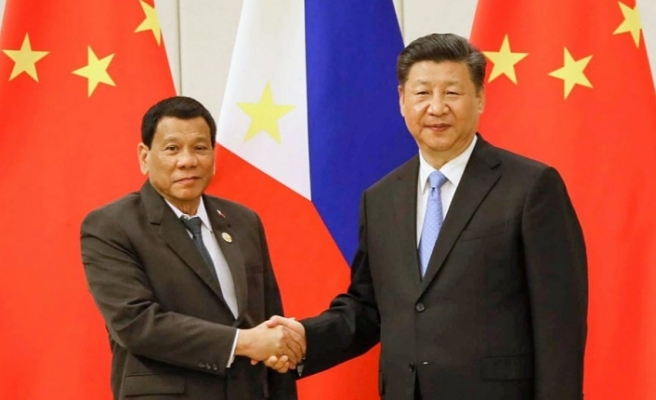 China’s president arrived in the Philippines on Tuesday for his first state visit in an effort to deepen ties, which have been overshadowed by a longstanding territorial dispute.

Xi Jinping and his counterpart Rodrigo Duterte met in the capital, Manila, where they discussed a range of issues, including conflicting claims in the South China Sea.

"Given the profound and complex changes in the world, good-neighborliness and friendship is the only right choice for China and the Philippines," Xi said at a joint press conference.

He said China and the Philippines are ready to open a new page in bilateral relations.

Xi added that the two countries have joint interests in the South China Sea and will follow the process to resolve the dispute in a friendly manner.

Duterte, meanwhile, said China's official visit is an opportunity to boost friendship and cooperation between the two countries.

He said he is happy over the elevation of their bilateral relationship to one of comprehensive strategic cooperation together with the building of trust and increased dialogue.

Separately, 29 cooperation deals on energy, education, agriculture and infrastructure were signed by the two leaders.

Beijing claims nearly all of the South China Sea, which is one of the hotly contested regions in the world. Southeast Asian nations Brunei, Malaysia, the Philippines, Taiwan and Vietnam have overlapping claims on the waters.

In 2016, the Permanent Court of Arbitration in The Hague concluded that Beijing's claims to areas of the resource-rich sea have no legal basis. The arbitration was launched by the Philippines, whose "sovereign rights" it said China had violated. China rejected the ruling.

Artificial islands in the South China Sea and China's military operations in the region are a continued source of tension between the U.S., China and regional countries.