China says no meeting with Japanese PM at UN

China said a row over Japan's detention of a Chinese trawler captain made it "inappropriate" for the countries' premiers to meet this week at the United Nations. 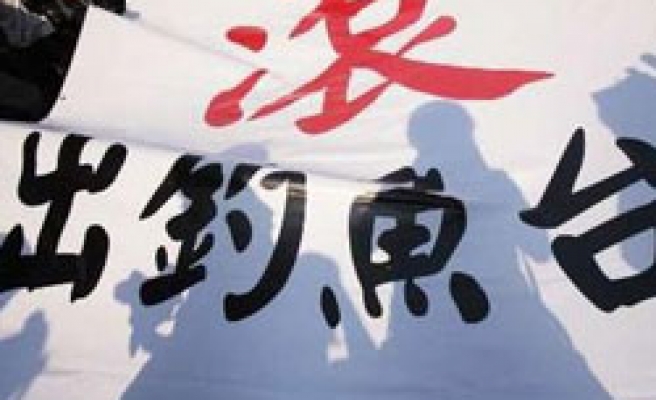 China on Tuesday said a row over Japan's detention of a Chinese trawler captain had already badly damaged ties and made it "inappropriate" for the countries' premiers to meet this week at the United Nations.

Beijing had already suspended high-level exchanges and promised tough counter-measures after a Japanese court extended the detention of the skipper whose boat collided with two Japanese coastguard ships this month near disputed islands.

"We hope that Japan will see the situation clearly and release the boat captain as soon as possible without conditions."

She added: "The key to solving this problem is in Japan's hands."

A top Japanese government spokesman called for both sides to refrain from inflaming nationalism in the row over the islands, which China calls the Diaoyu and Japan calls Senkaku.

"What is most important is that government officials in Japan, China and other countries try not to fuel narrow-minded, extreme nationalism," Japan's Chief Cabinet Secretary Yoshito Sengoku told a news conference.

"For the peace and development of East Asia and the Asia-Pacific, we want to use all available means of communication to ask that this be resolved without the situation escalating."

Japan arrested the Chinese captain and accuses him of ramming a patrol ship and obstructing officers near the uninhabited islets in the East China Sea, which both countries claim.

Emotions have run high over the issue in China, where anger over Japan's World War Two occupation still runs deep. Protesters in several Chinese cities demanded on Saturday that Japan free the captain.

Japan has said the captain's case will be dealt with appropriately according to its laws. Prosecutors have until Sept. 29 to decide whether to bring charges.

China has been Japan's biggest trading partner since 2009 and bilateral trade reached 12.6 trillion yen ($147 billion) in the January-June period, a jump of 34.5 percent over the same time last year, according to Japanese statistics.

"We should respond cool-headedly so as to prevent it from affecting (our economic activity)," Japan's Finance Minister Yoshihiko Noda told reporters.

Japan's transport minister, who oversees tourism, said there were no plans for him to meet the deputy chief of China's tourism authority at a regional gathering in Japan this week, even amid concern in Japan that the row would lead to a decline in Chinese visitors.

Japan's National Tourism Organization, however, said it had made no change to its projection for the number of visitors from China to reach a record 1.5 million this year.

Akio Takahara, an expert on China-Japan ties at the University of Tokyo, expected the economic impact to be limited.

"Unlike in 2005, I do not think that anti-Japanese sentiment is widespread. In the last five years, understanding towards Japan has deepened (in China)," he said. ($1=85.69 yen)