Japan had drafted the new guidelines that would reverse a decades-old ban on weapons exports, a move likely to further strain ties with China and South Korea 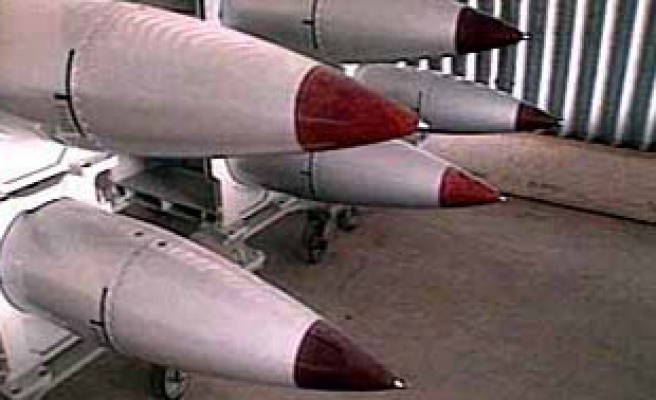 China expressed concern on Tuesday about Japan's drafting of new guidelines that would reverse a decades-old ban on weapons exports, saying it was a worrying part of Japan's swing to the right.

A source with knowledge of the matter told Reuters on Sunday that Japan had drafted the new guidelines. The changes would likely further strain Japan's ties with China and South Korea.

Japan has been reviewing the self-imposed export ban under Prime Minister Shinzo Abe's new security strategy, aimed at bolstering the self-reliance of the military.

Chinese Foreign Ministry spokeswoman Hua Chunying said Japan had to address its neighbours' concerns about allowing he export of weapons.

"Against the backdrop of an intensifying swing to the right for Japanese politics, the intention behind and effect of massively loosening restrictions on the export of weapons really worries people," she told a daily news briefing.

"We hope that Japan can really learn the lessons of history, respect and face up to the legitimate and reasonable security concerns of its Asian neighbours and ... take real steps to promote regional peace and stability."

China's ties with Japan have long been poisoned by what China sees as Japan's failure to atone for its occupation of parts of China before and during World War Two.

China's state media said on Tuesday the government would this year likely approve the commemoration of two important dates - China's victory over Japan in the war and the other to mark the 1937 Nanjing Massacre.

China says Japanese troops killed 300,000 people in a massacre in the country's then-capital. A post-war Allied tribunal put the death toll at 142,000, but some conservative Japanese politicians and scholars deny a massacre took place.

It was not immediately clear how the days would be marked or if they would be designated public holidays.

China's anger over the past is never far from the surface of relations that have deteriorated sharply over the past 18 months because of a dispute over a chain of uninhabited islands in the East China Sea.

Ships from both countries shadow each other around the islets and Japan has scrambled jets numerous times in response to Chinese aircraft, raising fears of a clash.

Serving as prime minister for a rare second time and enjoying solid public approval, Abe says Japan needs a stronger military to cope with what he calls an increasingly threatening security environment, with a more militarily assertive China and unpredictable North Korea.