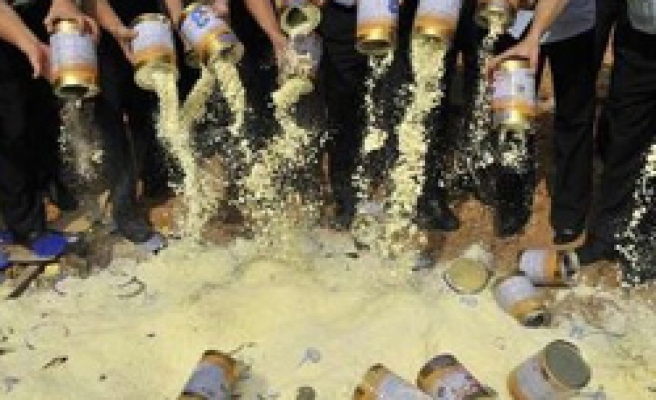 China has seized more than 100 tonnes of melamine-contaminated milk powder in its northern provinces, state media reported late Friday, the latest case of food safety problems in the world's most populous country.

A total of 103 tonnes of milk powder from four dairy brands in Hebei, Shanxi and Tianjin provinces were found to be laced with the industrial chemical melamine, the official Xinhua News Agency said.

Authorities have detained 41 suspects on the case.

In July, samples of milk powder found in northwestern provinces Gansu and Qinghai had levels of the chemical melamine up to 500 times beyond the permitted limit.

More than 124 tonnes of the milk powder in Qinghai have been seized since then and six people have been arrested, Xinhua said.

In 2008, melamine in Chinese milk powder, which caused the deaths of at least six children and made nearly 300,000 children ill, sparked global and national outrage.

Melamine is an industrial chemical added to milk to fool inspectors by giving a misleadingly high protein level test reading.

Last Sunday, China's health ministry said that it had found no evidence of contamination in milk powder after reports said it had caused baby girls to show signs of premature sexual development.