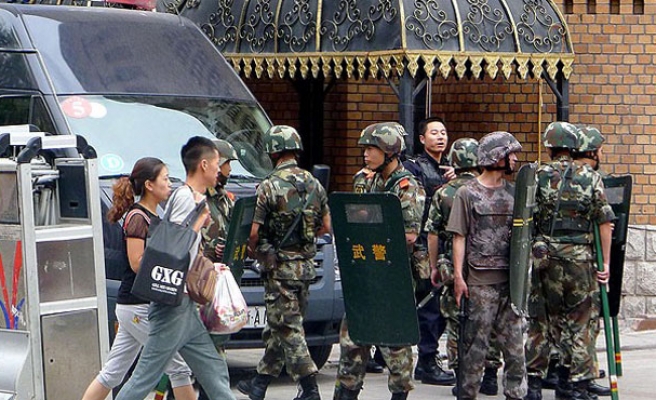 Three people were given life sentences on Thursday and 29 people were sentenced to between four and 15 years in prison, said the region's official government news website Tianshan.

China has taken down more than 40 groups and arrested more than 400 people in Xinjiang since authorities began a one-year crackdown on May 23, state media said on Monday.

Xinjiang region is home to a large Muslim Uighur minority.

Those sentenced all appeared to be Uighur based on their names in case details in the Tianshan report. The 11 cases were from cities around Xinjiang, including the capital Urumqi, and also Aksu, Turpan and Hotan

Xinjiang, resource-rich and strategically located on the borders of central Asia, is crucial to meeting China's growing energy needs. Analysts say that most of the proceeds have gone to the Han Chinese, stoking resentment among Uighurs.

Dilxat Raxit, spokesman for the exiled group the World Uyghur Congress, said in an email on the sentences that China was afraid Uighurs would use the Internet to break authorities' monopoly on information.

"China's accusations are a political excuse to suppress the rights of Uighurs to use the Internet," he said.