A total of 81 people from Xinjiang, home to a large Muslim Uighur minority, were handed sentences, and 29 others detained 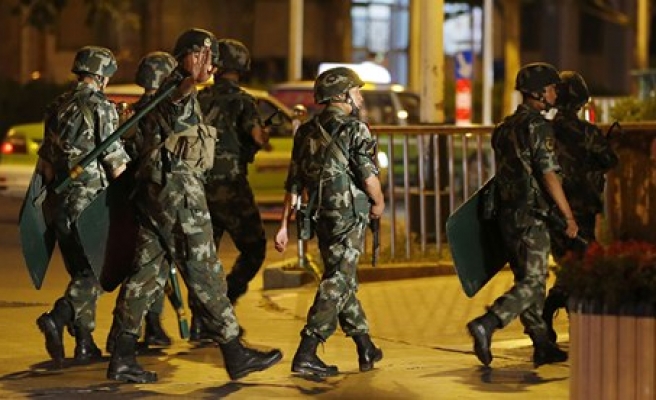 A total of 81 people from Xinjiang, home to a large Muslim Uighur minority, were handed sentences for crimes related to involvement in "terrorist organisations" to intentional homicide and arson, state broadcaster CCTV said on a microblog.

"Among those, nine people were sentenced to death, and three people were given death sentences with a two-year reprieve," CCTV said, the latter referring to a sentence that is often commuted to life in prison.

Others were given life in prison or shorter sentences.

The announcement comes as authorities in East Turkestan region have rounded up 29 suspects on charges such as inciting separatism, state media said on Thursday, part of a crackdown following deadly attacks.

"As of May 31, the city's prosecutors have, according to law, quickly approved the arrest of 29 people suspected of crimes of inciting separatism, assembling to disturb social order, illegal business activities, and inciting ethnic hatred and ethnic discrimination," it said.

The website, run by the ruling Communist Party's committee in Urumqi, gave no further details.

Authorities have launched a year-long "anti-terrorism" operation nationwide and in Xinjiang, home to a large Muslim Uighur minority. Hundreds of suspects have already been detained.

Experts say economic marginalisation of Uighurs is one of the main causes of the violence.

They argue that benefits of development in Xinjiang, resource-rich and strategically located on the borders of ex-Soviet central Asia, largely have gone to majority Han Chinese, stoking resentment among Uighurs.

Rights groups complain that Uighurs - who speak a Turkic language - face hiring discrimination, with jobs going to an influx of migrant workers from other parts of China.

Uighurs have long chafed at restrictions on their language and culture, and curbs on religious worship and other freedoms.