The move is likely to trigger mass protests in the city's Central business district by disappointed democracy activists. 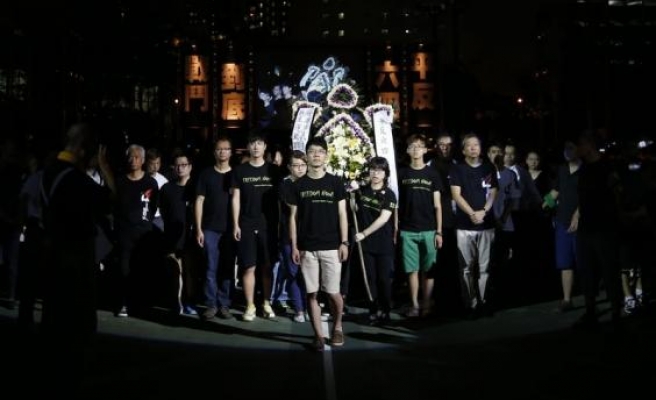 China's parliament said on Sunday it will tightly control the nomination of candidates for a landmark election in Hong Kong in 2017, a move likely to trigger mass protests in the city's Central business district by disappointed democracy activists.

The Standing Committee of the National People's Congress (NPC) said it had endorsed a framework to let only two or three candidates run in a 2017 vote for Hong Kong's next leader. All candidates must first obtain majority backing from a nominating committee likely to be stacked with Beijing loyalists.

The relatively tough decision by the NPC - China's final arbiter on the city's democratic affairs - makes it almost impossible for opposition democrats to get on the ballot.

Thousands of "Occupy Central" activists, who are demanding Beijing allow a real, free election, are threatening to blockade the city's business district in retaliation as part of a campaign of civil disobedience.

Political reform has been a constant source of friction between Hong Kong's pro-democracy movement and the mainland since the former British colony was handed back to Communist Party rulers in 1997.

Pro-democracy activists say they won't accept a framework that shuts out open nominations of candidates and would initiate an "Occupy Central" campaign of civil disobedience on Sunday night in a protest expected to draw hundreds of people.

The activists stressed, however, that they wouldn't paralyze the Central district immediately but would lay out a blueprint of smaller actions in the coming weeks leading up to a full-scale protest in the main business district.

Security was tight as scores of police vehicles and hundreds of officers were deployed outside Hong Kong government headquarters in heavy rain before the NPC decision was announced on Sunday.

Key government buildings, including the Chief Executive's office and a People's Liberation Army barracks nearby, were also ringed by high fences and barricades.

"It (the NPC decision) leaves no room for us to fight for a genuinely democratic system, and we will begin our campaign for peaceful, non-violent struggle," said Joseph Cheng, the convenor of the Alliance for True Democracy, a coalition of groups advocating universal suffrage in Hong Kong.

"We want to tell the world we haven't given up. We will continue to fight," he said.

On the surface, the National People's Congress' decision is a breakthrough that endorses the framework for the first direct vote by a Chinese city to choose its leader. Beijing is already hailing it as a milestone in democratic reform.

However, Beijing will tightly curb nominations for the 2017 leadership poll to filter out any candidates it deems unacceptable, according to a statement from the NPC.

The statement said all nominations would be carried out according to "democratic procedures" and each candidate would need "the endorsement of more than half of all the members of the nominating committee".

That committee is meant to be "broadly representative" of Hong Kong interests, the NPC said, but will be similar in composition to an existing 1,200-person election committee stacked with pro-Beijing loyalists.

Macau, the world's largest gambling hub, re-elected its leader and sole candidate Fernando Chui on Sunday, a widely expected result after the pro-China government stifled an unofficial referendum on democracy.

Chui was returned to office by a select panel of 400 largely pro-China loyalists in the tiny but wealthy former Portuguese colony. Macau's leaders have taken a much harder line than in neighbouring in Hong Kong, where pro-democracy activists have been struggling for universal suffrage.

Activists in Macau have still made unprecedented moves to have their voices heard, trying to follow in the footsteps of its fellow special administrative region Hong Kong by launching an unofficial democracy poll to coincide with Chui's re-election.

However, authorities moved quickly to quell the informal survey that asked whether residents have confidence in Chui and whether they support universal suffrage. Police arrested five people for allegedly breaching privacy laws, charged one of the leaders with aggravated disobedience and shut down polling booths on Monday.

Despite those moves, close to 9,000 people had voted in the unofficial referendum by midday on Sunday.

While the pro-democracy movement has grown steadily in Hong Kong since it was handed back to China in 1997, calls for change in largely apolitical Macau have been slower.

However, residents have become more vocal as Macau's average per capita income soared above that of Switzerland. More than 20,000 people took to the streets in May to protest against perceived inequalities and worsening quality of life.

Chui, who belongs to one of Macau's most prominent families, starts his new five-year term at a time when gambling revenue growth has fallen dramatically to lows not seen since 2009.