The Rio Tinto case strained ties between China and Australia and created jitters among foreign investors wary of Beijing's sweeping definitions of what constitutes a secret. 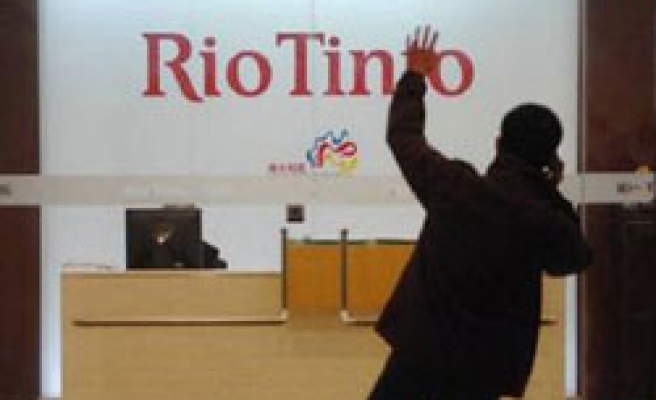 A Chinese executive once touted as the future head of steelmaker Shougang was jailed for leaking commercial secrets to employees of Anglo-Australian miner Rio Tinto who have since been jailed, a court official said on Thursday.

The Rio Tinto case strained ties between China and Australia and created jitters among foreign investors wary of Beijing's sweeping definitions of what constitutes a secret.

The Shanghai No. 1 Intermediate People's Court jailed Tan Yixin for three and a half years and fined him 300,000 yuan ($44,000) in a closed-door trial in March, the official told Reuters by telephone, requesting anonymity.

Another steel executive, Wang Hongjiu, shipping manager of Laiwu Steel in the eastern coastal province of Shandong, was jailed for four years and fined 400,000 yuan in the same case, the official said, declining further comment.

The fate of the two was discussed in Chinese press before the Rio Tinto trial but not mentioned since. Court officials had until now declined to comment on the cases.

Tan and Wang were accused of being the source of some of the leaks to China-born Stern Hu, an Australian national who headed Rio Tinto's iron ore operations in China, and three Chinese colleagues who were sentenced in March to jail terms ranging from seven to 14 years for stealing commercial secrets and taking bribes.

Originally the four were charged with stealing state secrets, but this charge was later dropped.

The court official did not say what specific information Tan and Wang were convicted of turning over. Previous Chinese news reports said they had been charged with disclosing commercial secrets including steel production costs and iron ore inventories -- information that could benefit Rio Tinto during contract price negotiations with Chinese customers.

Accounts of money being handed over in cardboard boxes and plastic bags -- details that emerged from the trial of Hu and his colleagues -- highlighted Chinese steel mills' desperation to secure relatively low-cost and stable iron ore supplies from Rio Tinto, the world's second-largest miner.

Australian Foreign Minister Stephen Smith called the sentences for the Rio Tinto employees "very tough". But Canberra acknowledged there was convincing evidence of corruption and said that ties with Beijing would not be hurt by the verdicts.

Rio Tinto sacked the four to distance itself from what it called their "deplorable behaviour". The case dates back to the middle of last year when the four were taken into custody.

The court said in March the infringement of commercial secrets caused a great loss to the Chinese industry, putting it in a disadvantageous position in iron ore price talks.

According to the court, last year more than 20 Chinese steelmakers paid extra advances of 1.02 billion yuan for their iron ore imports because of the crimes committed by the four.