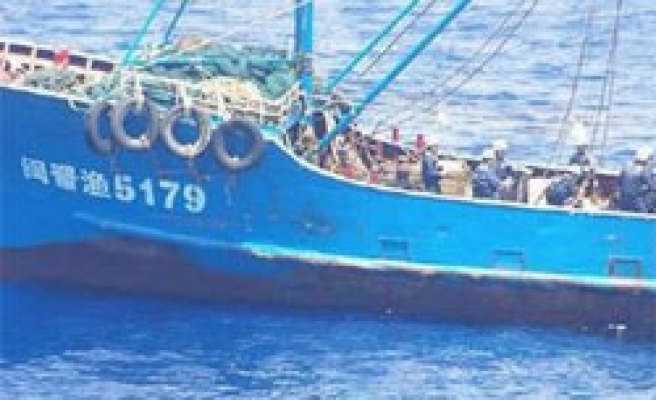 Yang summoned Japan's ambassador to China, Uichiro Niwa, and made a "solemn representation and protest" over the sea dispute that has fueled discord between Asia's two biggest economies.

The row threatens to become a distracting irritant between them, unsteadying their efforts to reduce distrust.

Japan this week arrested the captain of the fishing boat that collided with two Japanese coast guard boats near disputed islets in the East China Sea, drawing strong formal protests and media denunciation from China.

Yang's warning raised the level of those protests.

"(He) stressed that the Chinese government is staunch and unwavering in defending its sovereignty over the Diaoyu islands and the rights and interests of China's citizens," the Chinese Foreign Ministry said in a statement on its website (www.mfa.gov.cn).

"(Yang) demanded that Japan unconditionally release and return the entire crew of the fishing boat, including the captain."

The boat incident took place near a group of East China Sea islets -- called Senkaku in Japan and Diaoyu in China -- over which Tokyo and Beijing, as well as Taiwan, claim sovereignty.

No one was injured in the incident.

Zhan Qixiong, the captain of the Chinese fishing boat, has been taken to the southern Japanese island of Ishigaki, and on Thursday to a prosecutor's office.

The other 14 members of the boat crew are being kept elsewhere on the island and have not been arrested.