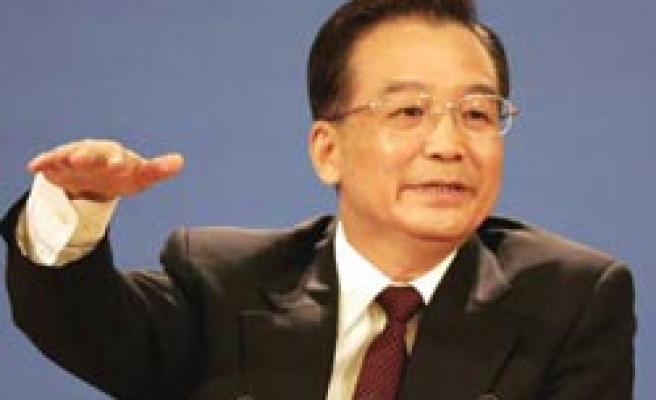 Chinese Premier Wen Jiabao threatened more retaliation against Japan unless it releases a trawler captain whom Tokyo accuses of deliberately colliding with a Japanese coastguard ship near disputed islands.

In the first comments by a senior Chinese leader on the issue, he told a meeting of overseas Chinese and Chinese Americans in New York on Tuesday that the skipper must be set free unconditionally.

"The Japanese side has paid no heed to China's numerous serious representations, and so China cannot but take necessary countermeasures," he said, in comments carried on the Foreign Ministry's website (www.mfa.gov.cn).

"If Japan acts wilfully despite advice to the contrary, China will take further actions, and Japan must accept full responsibility for all the severe consequences," he added.

The incident had "stired up anger for the entire Chinese people at home and abroad", Wen said.

Beijing has suspended high-level contacts with Japan over the issue and postponed talks on increasing flights between the two.

Japan's Chief Cabinet Secretary, Yoshito Sengoku, asked to comment on Wen's remarks, said: "It would be good to have high-level talks as soon as possible, on issues including broad, strategic matters."

China has already said Wen would not meet Japanese Prime Minister Kan, also in New York for a U.N. summit.

Neither wants to risk trade

Analysts say neither country wants to risk their increasing trade flows through outright confrontation. But the boat case has re-opened disputes put on hold as the two governments sought to end decades of quarrels.

"It shows how fragile the relationship is even if on the economic side, it is all gung-ho, the diplomatic-political side remains fragile," said Jeffrey Kingston, director of Asian studies at Temple University, Japan Campus.

"Cool heads will probably prevail but the hard part now is for both sides to back down. One side has to compromise and I don't think it is going to be China."

Prime Minister Naoto Kan told the Financial Times in an interview: "I think that if this is dealt with calmly, it is entirely possible this will be a temporary problem."

Trade ties remain robust, though state media has reported on a fall-off in Chinese tourists to Japan.

China has been Japan's biggest trading partner since 2009 and bilateral trade reached 12.6 trillion yen ($147 billion) in the January-June period, up by a third.

While there is no explicit link to the diplomatic tensions, Xinhua news agency reported this week that Toyota Motor Corp's Chinese auto finance unit had been fined for alleged involvement in commercial bribery.

Japanese authorities have accused the Chinese captain of colliding with a patrol ship and obstructing officers near the disputed, uninhabited islets in the East China Sea, called Diaoyu in China and Senkaku in Japan.

The two countries are also at odds over China's exploration for natural gas in the East China Sea. Beijing is also involved in territorial disputes with Southeast Asian nations in the South China Sea.

Japanese prosecutors have until Sept. 29 to decide whether to bring charges against the captain.