China to pay rewards to civilian informers in Xinjiang

The move is likely to target native Muslim Uighurs in the region for being suspected of separatism. 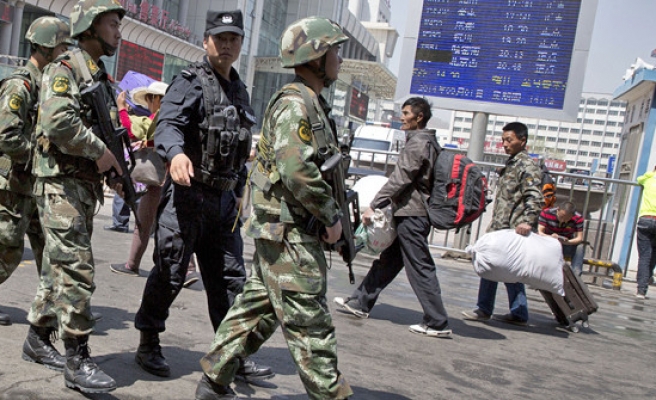 China is offering up to 1 million yuan ($160,000) in rewards to "terrorism" informants in its western Xinjiang (East Turkestan) region, state media said on Tuesday, in the latest policy aimed at getting a handle on unrest there.

Authorities in numerous regions and provinces around China have offered money for tip-offs in recent months after a series of attacks the government has blamed on separatists and separatists from Xinjiang, home to the Muslim Uighur ethnic minority.

Cities in Xinjiang, where a suicide bombing killed 39 people at a market in the capital Urumqi in May, have offered rewards for tips on everything from "violent terrorism training" to growing long beards, as authorities try to root out those they say want to establish an independent state called East Turkestan.

Officials in Urumqi are now offering hefty rewards which vary in amount depending on "how much damage would have been caused and how important a role the person plays", the official Xinhua new agency said.

Tips that qualify for rewards include those on "organising, leading or participating in terrorist groups, orchestrating or carrying out terrorist activities", as well as transporting, hiding or aiding terrorists, Xinhua said.

Informants' identities will be kept secret, the news agency said. In August, Xinjiang announced that more than 300 million yuan would be offered in such cash rewards, it said.

Police in China's southern Guangdong province in July offered up to $80,000 to people who provided tips about terrorism suspects and potential attacks.

More than 200 people have died in unrest in Xinjiang in the past year or so, the government says.

Xinjiang, resource-rich and strategically located on the borders of central Asia, plays a crucial rule in helping China meet its growing energy needs.

Analysts say that most of the economic benefits of developing the region have gone to the Han Chinese, the country's biggest ethnic group, and that this has stoked resentment among Uighurs.