China to try top military officer in strike against corruption

Xu Caihou retired as vice chairman of the powerful Central Military Commission last year and from the party's decision-making Politburo in 2012. 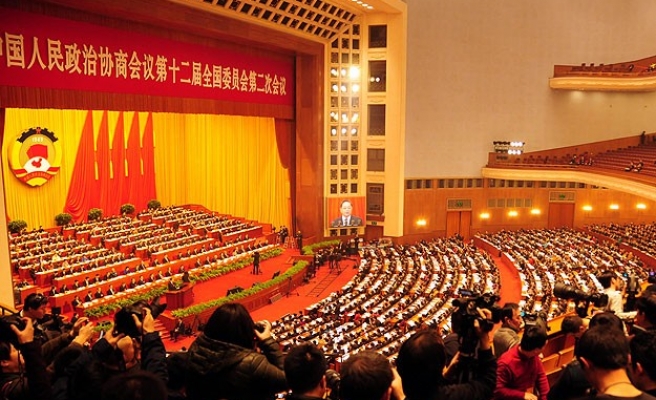 China will court-marshal one of its most senior former military officers on charges of corruption, state media said on Monday, the highest-ranking official to date felled in President Xi Jinping's battle against deep-rooted and pervasive graft.

Xu Caihou retired as vice chairman of the powerful Central Military Commission last year and from the party's decision-making Politburo in 2012.

Xi heads the Central Military Commission, which controls the 2.3 million strong armed forces, the world's largest, and has repeatedly reminded them to be loyal to the ruling Communist Party.

Xi has made weeding out corruption in the military one of the top goals in his administration. It comes as Xi steps up efforts to modernise forces that are projecting power across the disputed waters of the East and South China Seas, even though it has not fought a war in decades.

"This is earth-shaking. To the entire party and the country, this is heartening news that sends a strong signal. It's a clap of thunder," said Ni Lexiong, a military expert at Shanghai University of Political Science and Law.

Xu had been expelled from the party and would be handed over for a court martial after being accused of taking bribes, the official Xinhua news agency said. The military and judiciary both take orders from the party and will not likely challenge the charges against Xu.

Both the party and the army, the agency said, had to understand "the long-term, complicated and arduous battle against corruption, and the need for the fight against corruption to be put in a more prominent position".

"Upon investigation, Xu Caihou took advantage of his office, helped others be promoted to positions and accepted bribes directly or through his family, used his position to influence others for profit and his family members accepted valuables from others."

Xu has been under virtual house arrest for months while helping in the probe into Gu Junshan, who has been under investigation for corruption since he was sacked as deputy director of the logistics department of the People's Liberation Army (PLA) in 2012, sources previously told Reuters.

Gu was charged with corruption earlier this year.

Xinhua said that Xu had been under investigation since March 15, though this was the first time the government has made a public announcement about his case.

"Military anti-corruption efforts have not reached this rank before. It's very serious," said Zhang Ming, an expert on domestic politics at Beijing's Renmin University, noting that the fall from grace of earlier prominent military leaders like Lin Biao and Peng Dehuai were not related to corruption issues.

The party leadership had faced a dilemma over whether to prosecute Xu, who is undergoing treatment for bladder cancer, sources have said.

Reuters has not been able to reach either Xu or Gu for comment. It is not clear whether they have lawyers.

The Xinhua dispatch made no mention of Gu.

President Xi has launched a sweeping campaign against graft since becoming party chief in late 2012 and president last year, vowing to take down powerful "tigers" as well as lowly "flies".

Xu is the most senior person to date to have been felled by Xi.

However, a potentially far juicer scandal is brewing - the case of the powerful former domestic security chief, Zhou Yongkang.

Sources have told Reuters that Zhou has been put under virtual house arrest, though the party has yet to make an announcement about his case.

Former Vice Minister of Public Security Li and former state assets chief Jiang are among the numerous Zhou allies who have been caught up in the case against Zhou, and their expulsions from the party also pave the way for their prosecution.

Zhou was a patron of former high-flying politician Bo Xilai, who was jailed for life last September for corruption and abuse of power in the worst political scandal since the 1976 downfall of the Gang of Four, led by the widow of former leader Mao Zedong, at the end of the Cultural Revolution.

The party has struggled to contain public anger at a seemingly endless stream of corruption scandals, particularly when officials are seen as abusing their posts to amass wealth.

China stepped up a crackdown on rampant corruption in the military in the late 1990s, banning the PLA from engaging in business. But the military has engaged in commercial dealings in recent years due to a lack of checks and balances, sources say.

The buying and selling of military positions has also been an open secret, but Chinese media have generally avoided the subject. It is difficult to assess how widespread the problem is.

For officers who paid bribes to be promoted, corruption is seen as a means of making a return on the investment.