China will next week try a Uighur journalist and website manager after he spoke to foreign journalists about deadly protests in Muslim Uighur region. 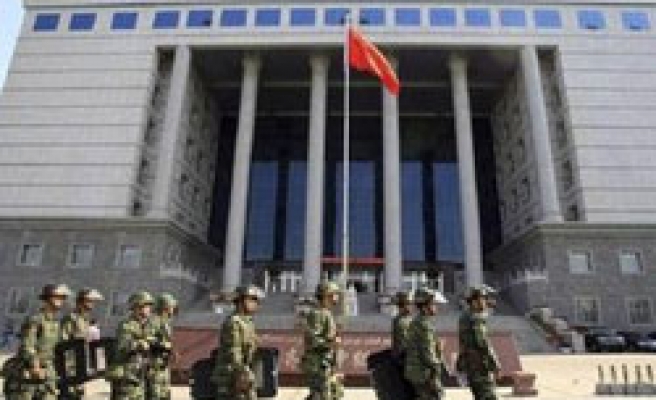 China will next week try a Uighur journalist and website manager on charges of "endangering state security" after he spoke to foreign journalists about deadly protests in Muslim Uighur region, an overseas activist group said on Thursday.

Gheyret Niyaz, whose trial is to take place on July 28, was one of a number of Uighur journalists, webmasters and bloggers detained after ethnic clashes in the Muslim region in July 2009, the Uyghur American Association (UAA) said.

Clashes over the summer between Han Chinese and Muslim Uighur residents in Urumqi left up to 200 people dead, according to Chinese government figures. However, Uighur exile groups said up to 800 people died, many of them Uighurs shot or beaten to death by police.

"Police reportedly informed the 51-year-old Niyaz when he was initially detained in October 2009 that he was being detained because he had talked with foreign journalists about the unrest that took place in Urumqi," the UAA said in a statement.

"The Uyghur American Association is extremely concerned about the upcoming trial of Uyghur journalist and webmaster Gheyret Niyaz on charges of 'endangering state security'".

The Xinjiang government declined immediate comment when contacted by Reuters.

However, in an online transcript of at least one of those interviews, with Hong Kong magazine Yazhou Zhoukan (www.yzzk.com), he expressed views broadly in line with the government stance on the rioting, blaming outside "instigators."

Niyaz was also regarded as broadly supportive of Chinese government policy by overseas Uighurs, who were surprised by his detention, the UAA report said. But he criticised economic inequalities and parts of a campaign against "separatism".

Niyaz was an administrator for the website "Uighurbiz" and a journalist with the Xinjiang Economic Daily.

Uighurs say bloggers and website managers were a particular target during a wider crackdown. A string of detentions decimated the small but previously thriving Uighur online community.

The Dui Hua Foundation, a U.S.-based group which campaigns for the rights of Chinese prisoners, said in March that last year's unrest in Xinjiang likely contributed to a high number of charges of endangering state security in 2009.

That came on top of a wider increase in use of the charge against Uighur defendants over the last decade.

"Although national criminal justice statistics in China are rarely broken down by offence or region, Dui Hua research has established that since the early 2000s, trials of Uyghur defendants have accounted for as much as two-thirds of all the country's endangering state security trials," the group said.

China convicted 21 defendants in last October -- nine were sentenced to death, three were given the death penalty with a two-year reprieve, a sentence usually commuted to life in jail, and the rest were given various prison terms.