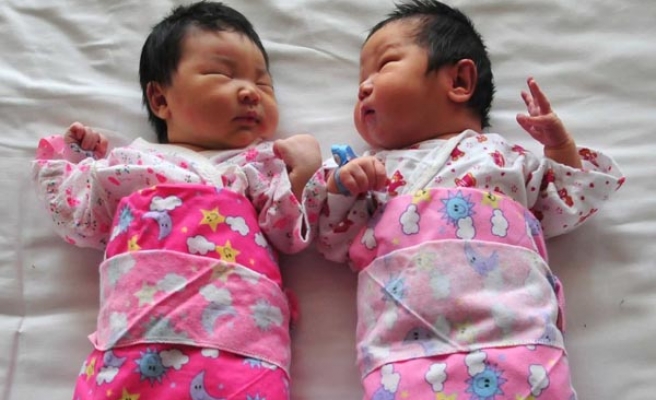 Around three million extra babies will be born each year after Beijing abolished its hugely controversial "one child" policy to allow all couples to have two offspring, officials said Tuesday.

Decades of strict, sometimes brutal enforcement left the world's largest population -- 1.37 billion people -- ageing rapidly and with a shrinking workforce that has heightened the challenges of slowing economic growth.

But half of them are aged between 40 and 49, he added, limiting their desire or ability to bear children.

Some might be "reluctant" to have more children, he said, while some might be "unable to give birth" even if they wanted to.

Before the change, he added, 50 million women were already entitled to have a second baby under various exemptions -- rural families whose first child is a girl, couples where one is an only child and ethnic minorities.

The announcement of the change prompted speculation of a baby boom giving the economy a boost, but analysts warn that many Chinese couples do not want more children, particularly given the expense, and the effects of the change remain unclear.

Relatively few have taken up the opportunities presented by reforms allowing some people more children in recent years.

There were nearly 17 million births in China in 2014 and Wang said the policy liberalisation will see around three million extra babies born each year over the next five years.

It would add a total of about 30 million people to the labour force by 2050, he told a briefing.

"The across-the-board two-child policy in the short term will drive consumption for housing, education, healthcare, housekeeping and daily necessities, stimulate investment in relevant sectors and increase job offerings," he said.

"It will have even stronger positive impact on economic expansion in the long run," he said, adding China's "potential growth rate" was expected to rise by 0.5 percentage points.

But after the change was announced, Edward Hugh, an independent economist based in Spain, warned: "There is a huge time lag, 15 years plus, before this has any impact."

China's family planning policy was instituted in the late 1970s, restricted most couples to only a single offspring and for years authorities argued that it was a key contributor to China's economic boom and had prevented 400 million births.

It was enforced under a system of fines for violators and often forced abortions, leading to heartrending tales of loss for would-be parents.

Wang said the two-child policy will be implemented after the law is revised by the National People's Congress, China's rubber stamp parliament that meets in March annually.