China called on the Philippines to quickly release the findings of a probe into the death of eight Hong Kong tourists during a bus hijacking earlier this week. 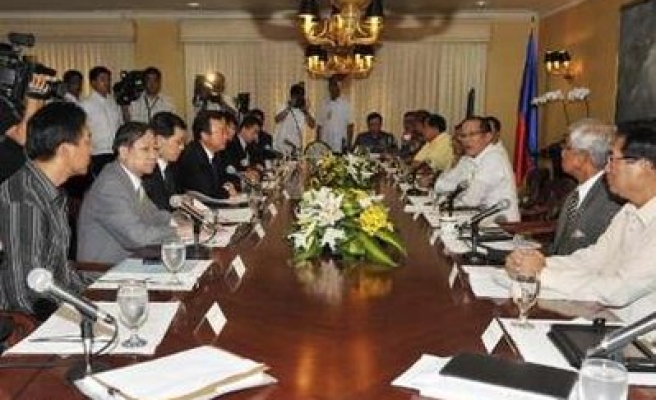 China called on the Philippines on Thursday to quickly release the findings of a probe into the death of eight Hong Kong tourists during a bus hijacking earlier this week.

"We believe that the most urgent task is to get clear investigation results of the incident as soon as possible," Foreign Ministry spokeswoman Jiang Yu said in a brief statement on the ministry's website (www.mfa.gov.cn).

Commanders of the botched rescue of the hijacked Philippine tourist bus in Manila have been ordered on leave and weapons from the raid tested to determine responsibility for the deaths of the eight hostages.

The kidnapper, a disgruntled ex-policeman, was shot dead by police and eight of the hostages were also killed -- either by the gunman or in the rescue -- prompting anger in China and Hong Kong and demands for a thorough investigation.

Jiang said that China and the Philippines had been in close contact following the incident, and that China's embassy had "many times stressed China's viewpoint to the Philippine side". She did not elaborate.

Chinese state media has reported a large fall-off in bookings and cancellations for tourist trips to the Philippines after the killings.