China claims about 90 percent of the South China Sea, displaying its reach on official maps with a so-called nine-dash line that stretches deep into the maritime heart of Southeast Asia. 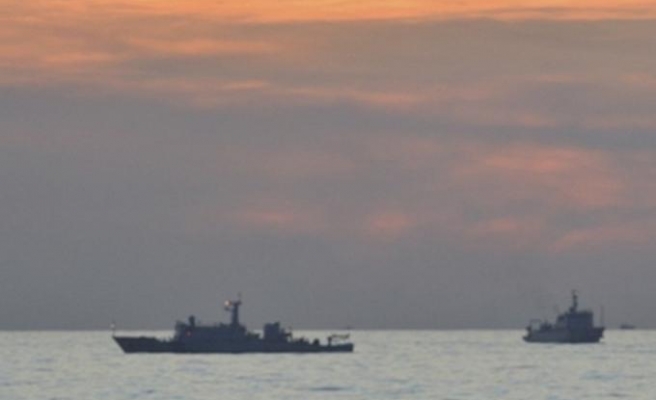 China and Vietnam have clashed again over competing claims in the South China Sea, after Vietnam submitted its position to an arbitration tribunal initiated by the Philippines over the festering dispute that involves several countries.

China has said repeatedly it will not participate in the case at the Permanent Court of Arbitration at The Hague, branding it an underhand attempt to exert political pressure over territory which is inherently Chinese.

China's foreign ministry, in a statement released late on Thursday, called on Vietnam to respect China's sovereignty, which it said had historical basis.

China will not change its position of not taking part in the arbitration, the ministry said.

Vietnam's foreign ministry said it had submitted its point of view to the court to ensure it pays attention to "our legal rights and interests".

Vietnam has historical proof and the legal basis to support its claims, and rejects China's "unilateral" claims, it added.

China has warned Vietnam before against getting involved in the arbitration case, the first time China has been subjected to international legal scrutiny over the waters.

Anti-Chinese violence flared in Vietnam in May after a $1 billion deepwater rig owned by China's state-run CNOOC oil company was parked 240 km (150 miles) off the coast of Vietnam.

Since then, though, China has sought to make amends with Vietnam.

China claims about 90 percent of the South China Sea, displaying its reach on official maps with a so-called nine-dash line that stretches deep into the maritime heart of Southeast Asia.

Malaysia, Brunei and Taiwan also have claims to parts of the potentially energy-rich waters that are crossed by key global shipping lanes.