China warns US over provocative acts in South China Sea

The Beijing naval chief says "minor incident could spark conflict" after US vows to repeat sailing of warships near islands, ignoring previous warnings. 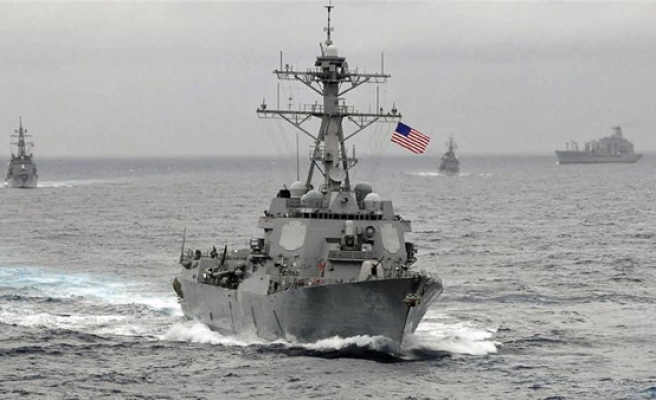 "Such dangerous and provocative acts have threatened China's sovereignty and security and harmed regional peace and stability," Admiral Wu Shengli of the People's Liberation Army's Navy said during talks with his U.S.-counterpart Admiral John Richardson.

Wu also warned that China will "have to take all necessary measures to safeguard sovereignty and security" if the United States persists in the same manner and ignores concerns of China.

On Tuesday, the U.S. destroyer USS Lassen has entered waters near Zhubi Reef without the permission of the Chinese government, despite repeated opposition and representation from China, said Wu, a member of the Central Military Commission.

Previous warnings have been ignored, with Chinese Naval ships warning the U.S. destroyer several times following the Code for Unplanned Encounters at Sea (CUES). The warnings were ignored by the U.S. ship and the Chinese navy was "deeply concerned," Wu said.

Wu said it is a well-known fact and the country's consistent stance that China has "irrefutable" sovereignty over the Nansha Islands and its adjacent waters. China's island construction in the area has been conducted on its own territory and is a matter within the scope of Chinese sovereignty.

"It is reasonable and legal and does not target or affect any other countries. It will not influence the freedom of navigation and flight enjoyed by other countries," he said.

"Freedom of navigation in the South China Sea has not had a problem in the past and will not have one now or in the future."

Such a principle does not provide a pretext or privilege for any nation to harm others' sovereignty and security, he said.