The state-run China Daily newspaper, citing police, said late on Sunday Aini Aishan, 18, was "the alleged mastermind behind the murder" of the imam. 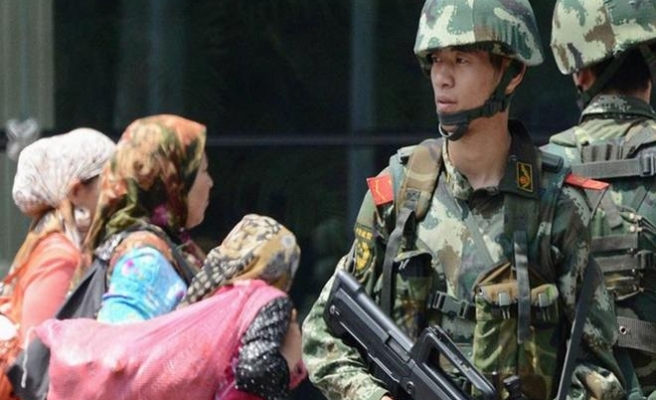 Chinese police have said that an 18-year-old was the "mastermind" behind the murder of a state-backed imam in China's western Xinjiang region (East Turkestan), state media said on Monday.

Two of the attackers were later shot dead by police while the third, Nurmemet Abidili, was arrested.

Xinjiang, home to the Muslim Uighur people, who speak a Turkic language, has been beset by violence for years. The government blames the violence on 'separatists' who it says want to establish an independent state called East Turkestan.

The state-run China Daily newspaper, citing police, said late on Sunday Aini Aishan, 18, was "the alleged mastermind behind the murder" of the imam.

Aini Aishan believed the imam, Juma Tayir, had "twisted the meaning of the Koran and that killing someone so influential would create a large impact", the report said.

"The goal is to kill Juma Tayir so you can go to heaven," it quoted Aini Aishan as telling two of the attackers.

Hundreds of people have been killed in Xinjiang over the past year.
Tayir was a controversial figure among Uighurs. In 2009, he backed the government after it quashed riots in Xinjiang's capital, Urumqi, in which nearly 200 people were killed.